A Remix from our old removed Pete ALIEN TV youtube Channel, videos classic UFOs coming back home after a bit of Cattle Rustling on earth, and rare Lunar Wave capture buried in our files from the days when men were men and the 1 World Order was still just an idea.

2 versions exist on this Page.  1.  The Normal streamed from external site.  2. In House Streaming as The Video Contained "YES" Music Track BANNED By "YES" Publishers in a lot of Countries, So this has NEW Van Gellis track and they blocked this so F Them here it is on here ....

So choose option as suits you ..

ENJOY  and Remember a Moon Lunar wave is nothing New just a thermal Wave that swamps the atmosphere of Planets. 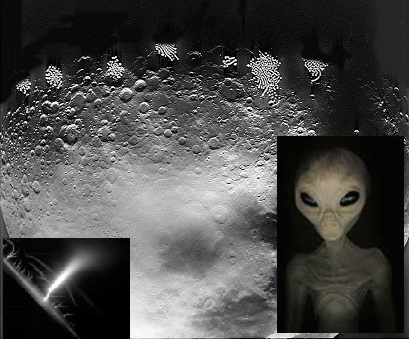