Alien TV Point out Just how bad the mafia Alien Government are striping us !!  From the air we breathe to taxing basic food we eat, and more, a Rant and Broadcast to enlighten and wake the slow in the head and show and make you realize just how bad and how the Illuminati Alien Leaders are laughing all the way to the banks, which they own !!  VAT IVA Purchase taxes Luxury taxes so called fuel duties, import duties the list goes on and on !!

A Great watch and then think for yourselves, check your own bills and look for the small print, and wake up and say no more you thieving scumbags !!! 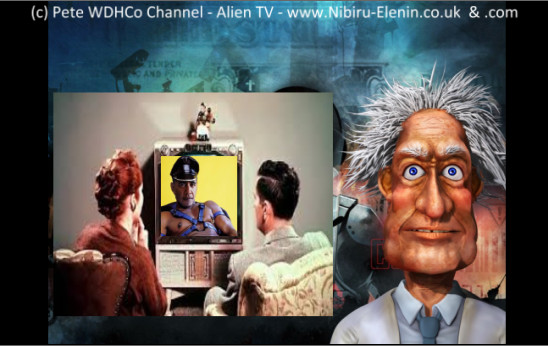 WHAT ON EARTH Do they do with all this money they screw from everybody ? Food everyone eats something !!  So they are screwing us from the sky, screwing us while we sleep with mass EMP from all there haarps and beam waves etc, destroying the water, and the sheep people think its all fine and dandy ?  WTF !!

Here is The Written Speel

Mr HadEnuff from alien TV, i am here pointing out how the mafia government, are taking the piss big time out of us every second of every day,

Something to make you think and realise how low we have all been pushed without realizing it, and just how much money the government mafia scam is screwing from each person every day, with all the sneaky taxation crept in day by day,

Lets just highlight a typical day in the life of a good citizen of the world, sure things differ from country to country but i bet its a similar story to everyone, no matter what country,

Lets start with your home be it rented or owned one thing you will be assured  the mafia tax system is at work, and you will whilst you have slept been liable to a council property tax of some type, in the UK this is circa some 30 pound a week, or 1,500 pounds per year, so whilst you sleep or stay indoors you are taxed, then add tax on the insurance to protect it, and other bits as well, and just sleeping cost money,

so you wake to a new day and flick the kettle on for that early cuppa, now you are using power which has value added tax and of course the latest mafia style scam, the carbon climate tax,

using tea or coffee you then have 10% tax on these i mean come on thats a luxury is it not, a cuppa how lucky a slave you are,

so cuppa duly made you may be a smoker so you grab your smokes of which you pay in the UK around 25 pence in tax on each one to the mafia goverment,

a few cigarettes later cuppa drunk, and its time to step in to the big wide world, deciding you fancy a trip to get some food in, you opt for the car, of course when you brought the car it had suprise suprise a car tax, and then a value added tax on top also, but hey you should be so lucky to have a car, indeed slaves should use buses and just mix with the lower classes, so be lucky and just pay taxes on the car,  yearly road tax is also made only a fraction goes on the roads but shut up and just pay,

so you arrive at the petrol gas station, top it up so you opt for sticking 20 quids worth in , of which of course 10 quid of this is tax and value added tax but like i said, your lucky its either that or be a real sheep and mix with the public sheep herds who opt to stand in the rain and then herd in packs on buses or whatever,

Next stop the supermarket get the basic foods in nothing fancy, just breads, milk, meats, tea, coffee, etc etc , just a small shop for the week, and you assumed food was a essential i guess, well suprise, its not its taxed a value added tax on various items, around 10% of everything you eat, why, well the mafia government have your interests at heart, and if you eat less, you will be less likely to have any fight or sharp brain, and so easier to keep in the slavery game,

shopping duly done, you return home, see whats on the TV, oh and in the UK you have a TV tax called license fee of 100 pounds or so, but well you should be so lucky to have a TV, so pay up or be put in prison,

You maybe sit on the couch, which you paid 20% in tax on, maybe with your feet up on that coffee table, which again you paid 20% in value added tax on, indeed virtually most things you have in your home you would of paid 20% as a luxury tax to the mafia government to purchase, of course most do not realize this as they are pretty brain dead, but its a fact, yes i know a seat and a table is a luxury, slaves should just use the floor and be thankful, so we swallow it,

Evening arrives, so you cook your meal on the taxed power supply be it, gas or electric, the more you use more tax you pay, of course again this is a luxury so your own fault, how dare you want a hot meal, surely bread and cold water is enough for slaves,

night time duly arrives, and you spend the evening watching the propoganda tv 90% owned by the mafia government, who feed you how damn lucky you are that they are saving you from terrorists, and how without the money you pay them the earth would be a melted blob, and to hail to the masters and obey and enjoy your new world order controls, followed by programs showing how cool it is to be gay, and if your a young boy give it a try, as gay is the new cool and only homophobic racists disagree, so to be a good slave get bent over and take one for the new world order, amusing useless people talent shows help numb the sting of the tax you pay and makes people happy and ready to do there bit the next day, where you are so lucky to be able to work that job and fund the government and those less fortunate, yes suprising isnt it, people further down the rung of life think its paradise, see how low the population has got,

But hey enough of watching this now, get to bed , get up early and get spending and earning and paying taxes, the mafia government need a new base on Mars, as the 50 mile underground one needs a revamp,

so bye for now, remember to fill your tax returns in, and pay them even more of what you sweated for, or they will lock you up,  so get rested now and while you sleep instead of counting sheep, which is your neighbours, do sum sums in your head and imagine just how much the new world order mafia governments are getting in there secret black funds from each and every other human slaves on a daily basis, and then wonder where it all goes, as one things for sure its not going into the publics benefit for sure,

good night now, until the next time, stay safe and be a good citizen spend more on useless tatt and fund the mafia,