This amazing account details the experiences of Stephen Michalak of Winnipeg. Michalak earned his living as a mechanic, but was an amateur geologist, and while enjoying a few days off, he decided to do some prospecting. He tried his luck in the Whiteshell Provincial Park.

This area was by no means new to Michalak.

He had spent considerable time in the vicinity of the lake there. Michalak had followed reports of quartz veins being found in the area around Falcon lake. There were also reports of silver being found, and Michalak was on the trail of the valuable metal on May 19, 1967. He had traveled by bus from his home town of Winnipeg to a motel on the Trans-Canada Highway the night before.

Stephen rose early that morning, heading into the vast beauty of the wilderness. Only a couple of hours had transpired before he found a quartz vein by a small brook. After breaking for a quiet lunch, he resumed his work. At about 12:15 P.M. his attention was drawn away from his labors by the sound of geese passing overhead.

Looking up to see them fly over, he was shocked to see two red, glowing, elongated objects descending from the skies. As they came ever closer, their shape was defined more as disc-shaped. As he stood mesmerized by the sight, one of the craft abruptly stopped and hovered in midair.

The other continued its downward flight until it landed on a big, smooth rock only about 150 feet from him. The hovering craft began to move away, and as it went, it changed colors from red to orange, and finally gray.

It disappeared into the clouds above him. The landed craft also began to change its color in the same pattern. Finally, the gray turned into what appeared to be "hot stainless steel," with a golden glow.

Michalak had been wearing his protective welding glasses earlier, and now they protected his eyes from the brilliant purple lights shining through openings in the front of the craft. He could now smell something..like sulfur, and hear a type of hissing sound. Curiosity overcame him.

He knew he was looking at something he thought he would never see, a craft from another world. The only emotion more powerful than his curiosity was the gripping fear that held him in his tracks. He did have the presence of mind to sketch the object, never moving a step.

Steve Michalak After approximately 30 minutes, he was frightened to see a door open from the side of the object. He could now see inside the craft! The interior was brilliantly lighted.

Pulling all the courage together that he possessed, he moved ever closer to the other worldly craft.

As he reached a point about 60 feet from the mysterious flying machine, he could hear two voices conversing above other sounds coming from inside the object.

Being a multi-linguist, he tried several languages to communicate with whoever... or whatever was inside. All of his efforts failed to draw a response from inside.

Undaunted, he moved even closer. He reached the door, and stuck his head inside. He saw a large panel of different colored lights, and other light beams crossing in different directions.

Michalak would later describe the flashing lights as resembling lights on a computer.

He saw no one in the craft, and decided not to push his luck any farther. He moved back away from the door. Suddenly, three panels moved together, hiding the door. His attention was now on the exterior of the craft. He later described the surface as "highly polished colored glass with no breaks or seams in its surface."

He reached out his hand to touch the polished surface, and his glove was melted. Suddenly the object suddenly moved, and as it did, a vented opening was exposed, like a type of exhaust port. He estimated it's size as about nine inches high by six inches wide.

Heat was vented through the opening, setting Michalak's shirt and undershirt on fire. He was now in great pain. He quickly tore off his top garments, and turned to see the craft ascending back into the skies. He felt a rush of air as it made it's departure. He could still smell the craft after it had disappeared.

Knowing that he needed medical attention, he quickly tried to mark the spot. Using rocks, pine cones, loose dirt, anything he could find, he made a landmark. A severe headache now was complicated by a sick stomach. He broke into a cold sweat, and vomited. 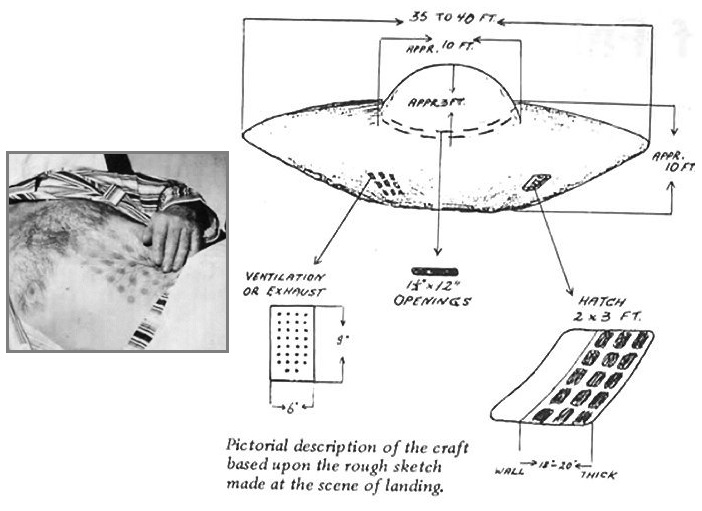 On his way back to his motel, he had to stop several times to ease his stomach pain.

After being refused help from a passing police officer, he finally reached his motel. It was now 4:00 P.M. He entered the coffee shop, and asked someone to recommend a doctor.

The nearest doctor was in Kenora, 45 miles east of Falcon Lake. Because of the distance, he decided to return home instead of making the trip to Kenora. The next bus would not arrive for about four hours, so he rested in his room, and phoned his wife.

He told her only that he was in an accident, but was OK. He instructed her to have their son meet him at the bus terminal in Winnipeg. He arrived there at 10:45 P.M. His son took him to the Misericordia Hospital immediately.

He was treated for his headache, nausea, and the grid-like burns on his chest. Theorists came out of the woodwork suggesting that his burns were from a barbecue pit, or some other common object.

Stephen Michalak made not a cent from his story. He paid all of his own medical expenses, including a trip to the Mayo Clinic in Minnesota for additional treatment. To defray these costs, he wrote a privately funded booklet on his experience, but it lost money.

Ultimately, Michalak was seen by more than a dozen doctors in the United States and Canada.

The site of the experience was investigated by the RCMP, RCAF, other government officials and civilian groups. America's Condon Committee also joined the investigation.

Nothing conclusive was every offered to debunk the fantastic account of Stephen Michalak. His story is unique in many ways, and is accepted as genuine by many UFO groups and investigators. 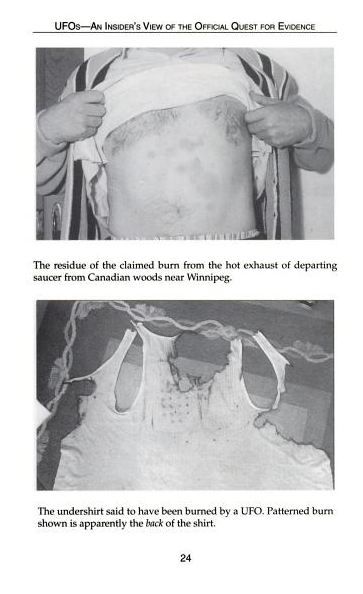 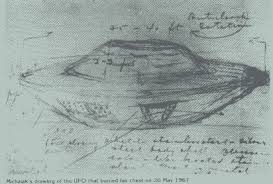 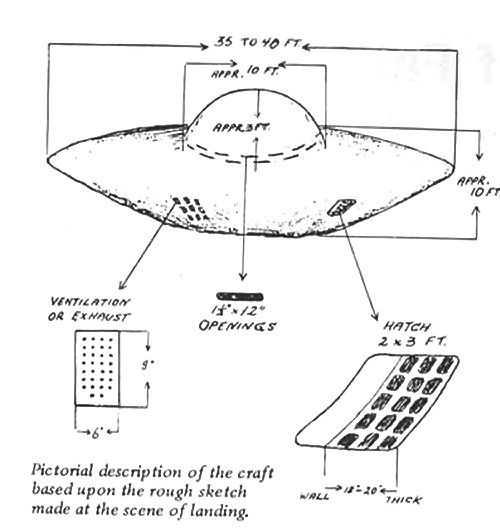 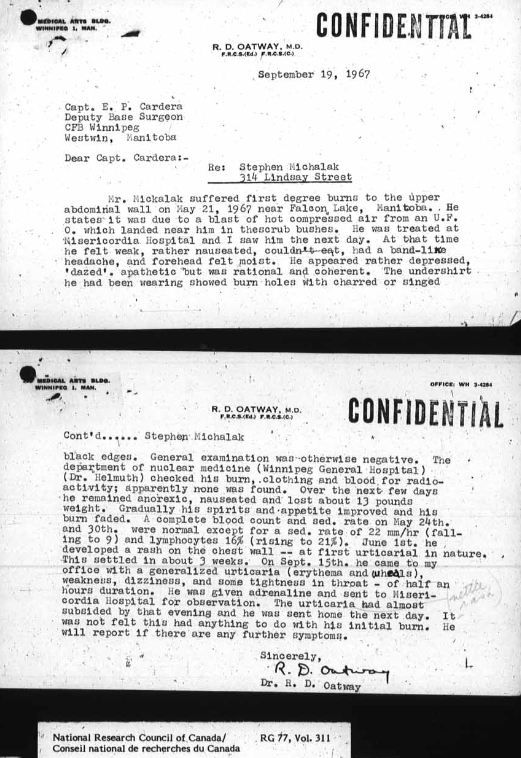 Video & Info Kindly Supplied & Used with Permissions from "MysteriousWorld" YouTube Channel with thanks,

We have 97 guests and no members online