"Signs i will show both above and below " A warning for all to know that on these dates God will be making his moves to show and Save the earth from its evil anti christ holds !!  From Roberto in Italy again we can heed the decoded messages and we bring this report with the aim of informing that the Lord and the Angels have clearly shown us and pre warn that an event of Massive proportions will be shown both above and below, which will scare and freeze grown men in there tracks.

The Message Is "DO NOT BE AFRAID" Good will be saved whilst the evil ones will be destroyed..  HOW Can such a message be shown without those evil in control blocking or preventing?  SIMPLE ,  Do the messages in such deep but obvious ways that only a few can interpret them, and have the Anti Christs army not spot..

ALSO NOTE ;  all the messages focus on the 14 th of August as that day in which Jesus will appear in the Great Warning to everyone ,this is 4 days before the 1335 days of Daniels Book (the 18th of May), where it seems that it will start a 100 days of peace up to roughly the 7 November where the First false prophet will be no more: the USA President . In other crops it is shown the 1290 Days of the Daniel Book as the advent of the Antichrist (the 4th of July) the Vatican Destruction (could be but not sure) very imminent, and the very first line that says 12 ONES may also be on the 12th January

ENTER THE REVEAL OF THE GREAT WARNING ..

This Crop Circle made on 22-7-2000  the date in itself is a Clue ..  MANY Took this as just a simple flashy crop circle showing the understanding of earths magnetics ?  Well Like Roberto explains are you all so simple to think that they think we need showing basic stuff ?  NOPE  This is a very important crop circle as Roberto will show and explain.. 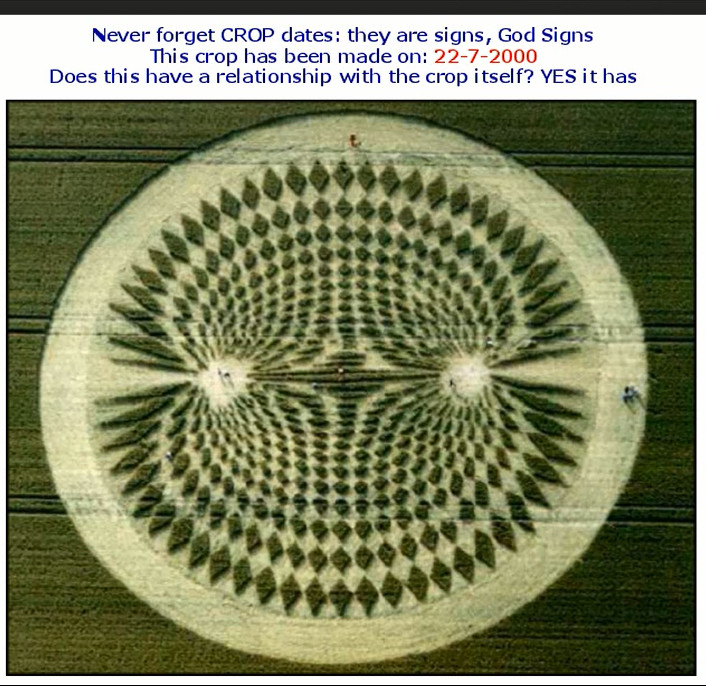 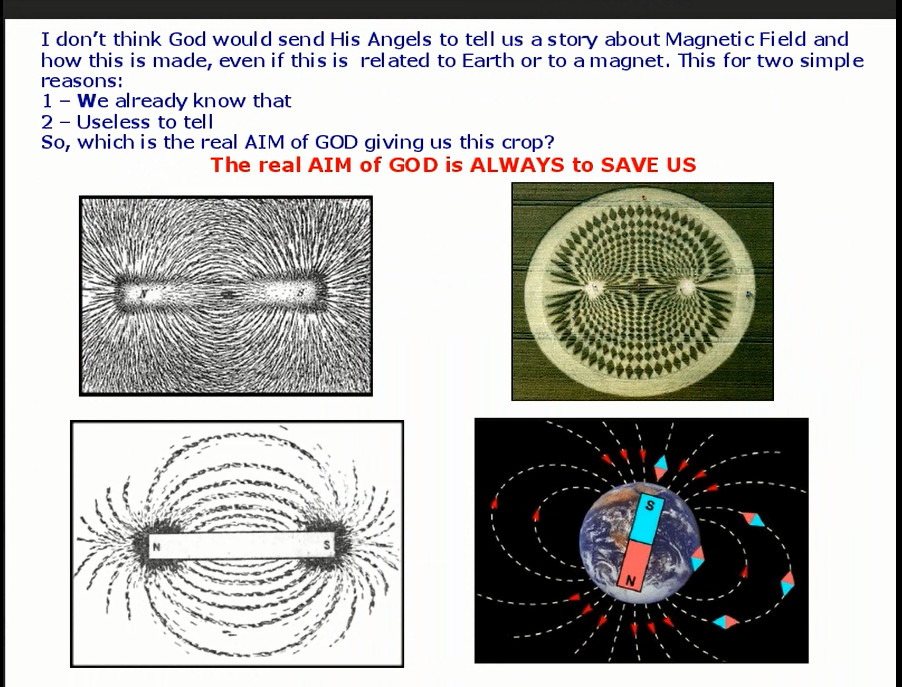 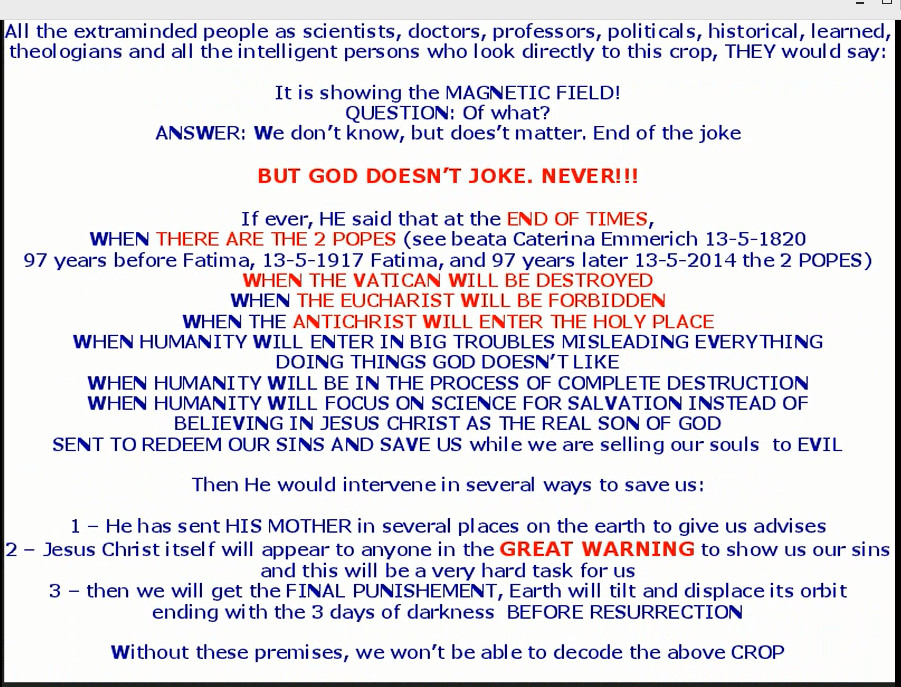 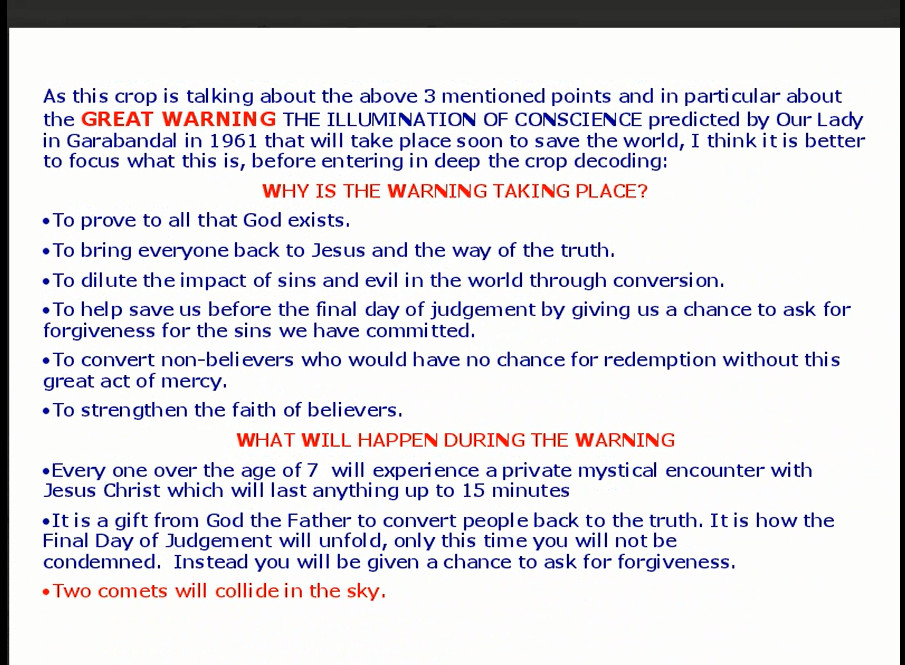 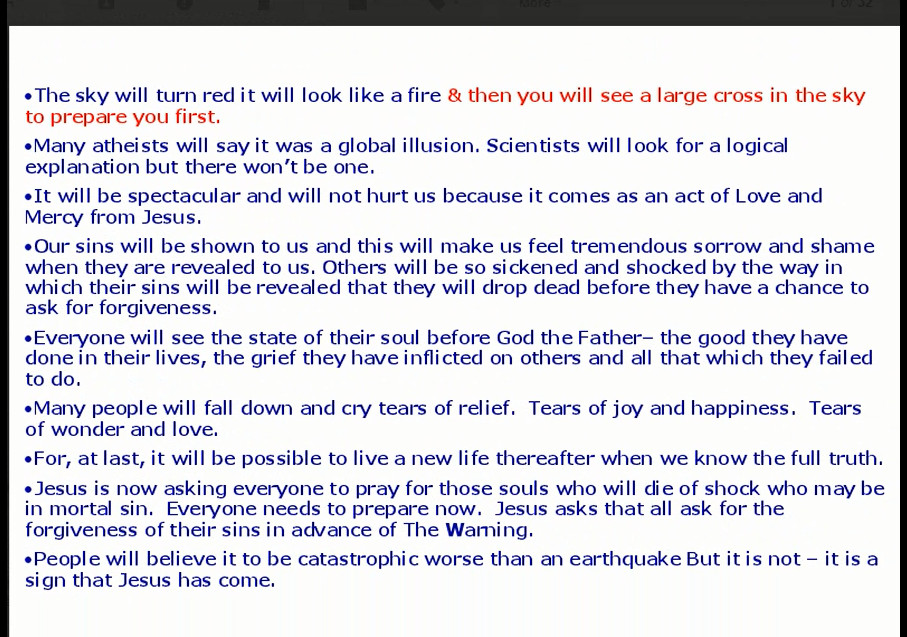 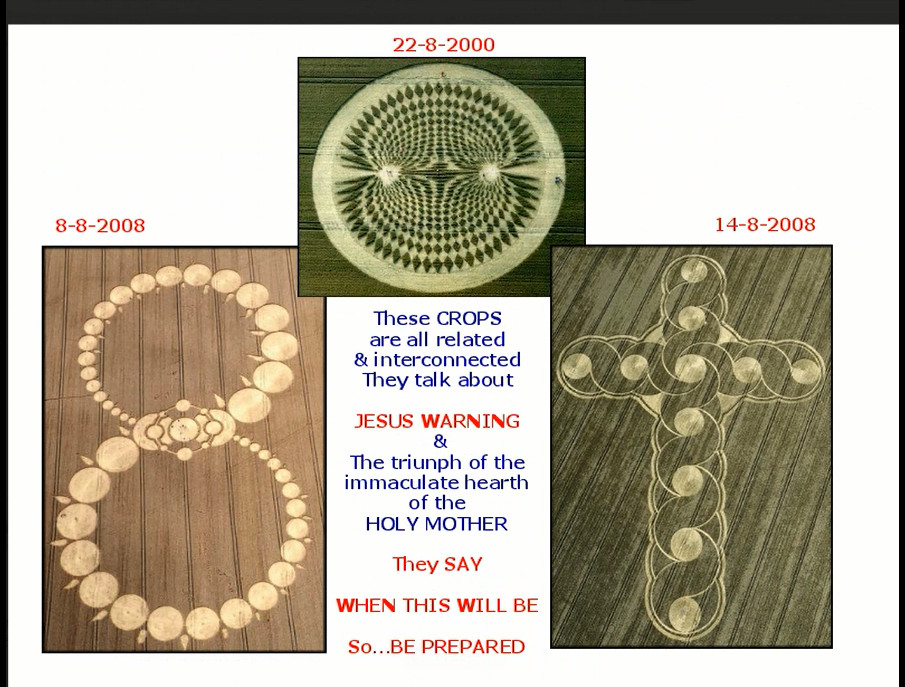 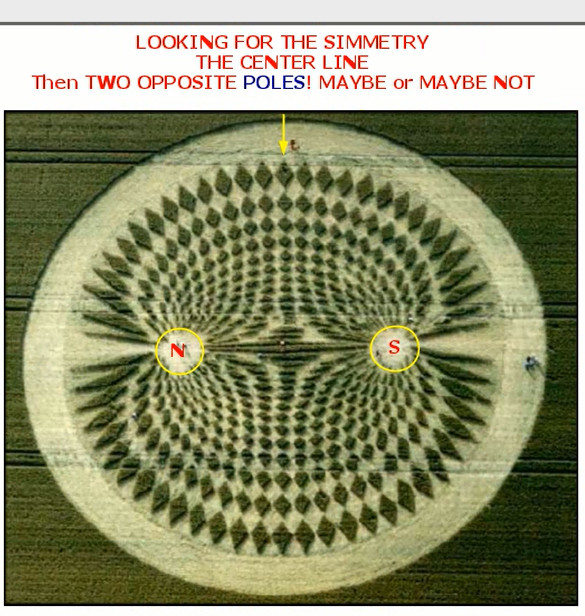 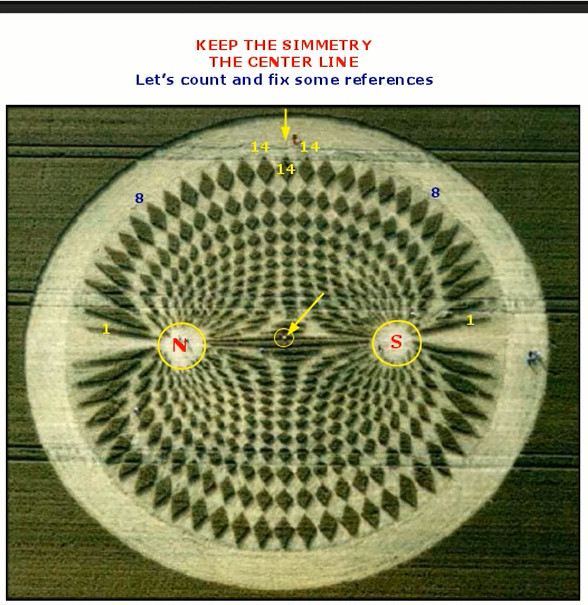 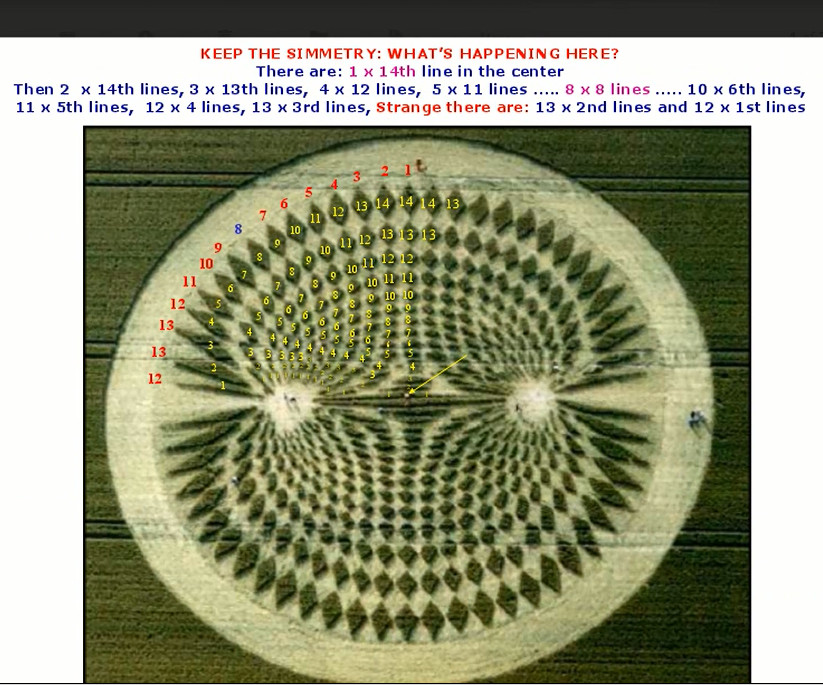 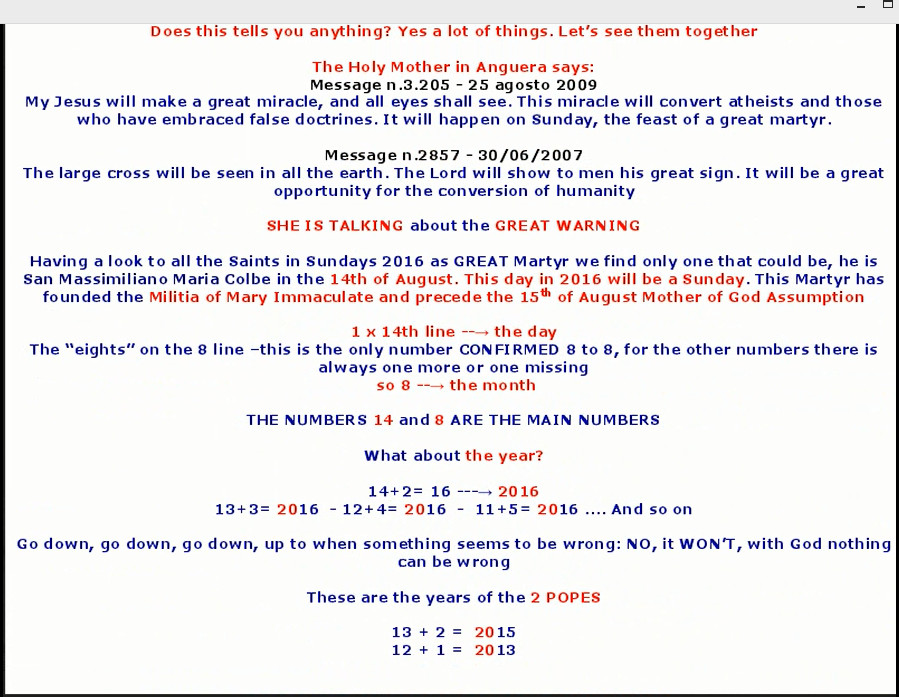 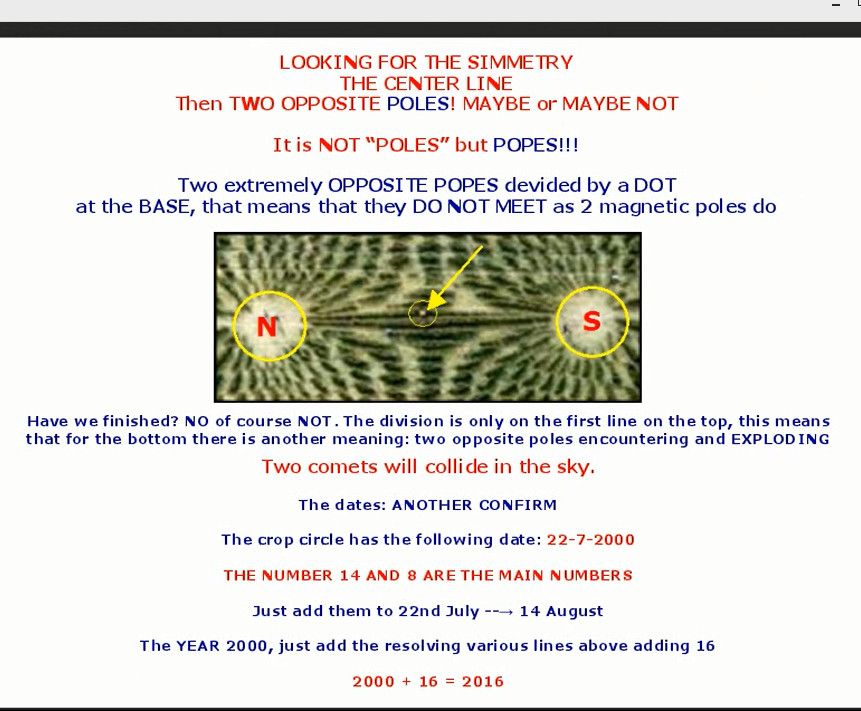 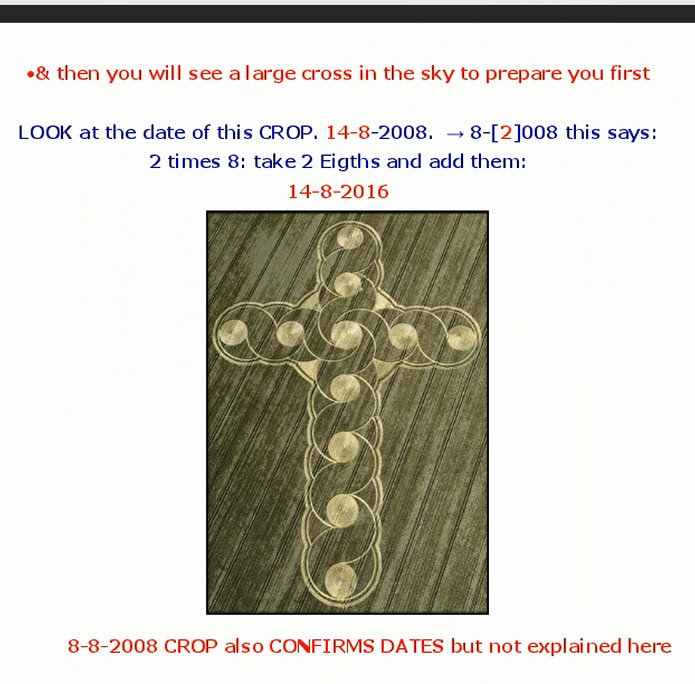 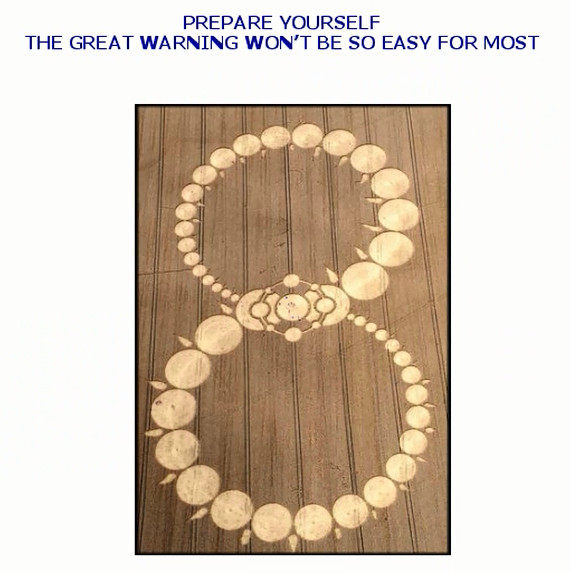 So What is this Telling us all  Well Roberto instructions clearly show the Angels are saying "BE PREPARED But Do NOT Be Scared"  what happens is going to happen keep the faith this 14th AUGUST 2016  event, is all part of the long term 21st July 2017  progression , the final outcome will be EARTHS CLEANSE It Badly needs ...

The July 2017 dates are still correct ,because after the GREAT WARNING there will be some days of peace, then the 3rd world war, than a FALSE PEACE again approved by nations, and the antichrist starting to push for a single currency on the world and the microchip 666 the mark of the beast. This will be a big and tough persecution to the believers , and then God will send the great earthquakes and all the Apocaliptic plagues,