THE EU Enslavement of YOU The European people is Exposed

Nigel Farage Gives His Finest Speech and THE EU Enslavement of YOU The European people is Exposed,

ALL Europeans MUST WAKE UP quickly

In This Video the BRITEX has saved hopefully the UK from EU Planned enslavement, in this video it explains and shows the next stage of the New World Orders plan to keep Europe a 1 single Military enslaved police state, and filled with more muslim immigration and the people left to suffer, this will only end in a Europe shitehole.

Peoples SAY will be removed this army answers to the unseen alien evil illuminati only, NO individual Governments will have a Say and YOU the people are just to be a slave and given a chip and number, misbehave and your turned off and you starve, simple and complete enslavement. THE EU Is a disguised enslavement thanks GOD UKIP and British have had the balls to say NO We will NEVER Be slaves .

British would sooner die fighting than take it up the arse or wear sheets and bow down to ANYONE !!  We urge ALL Europe to wake up and turn of the brought news and media, and research and STAND strong and fight this Enslavery.  Britain has made the first move , now rest of Europe stand up !! 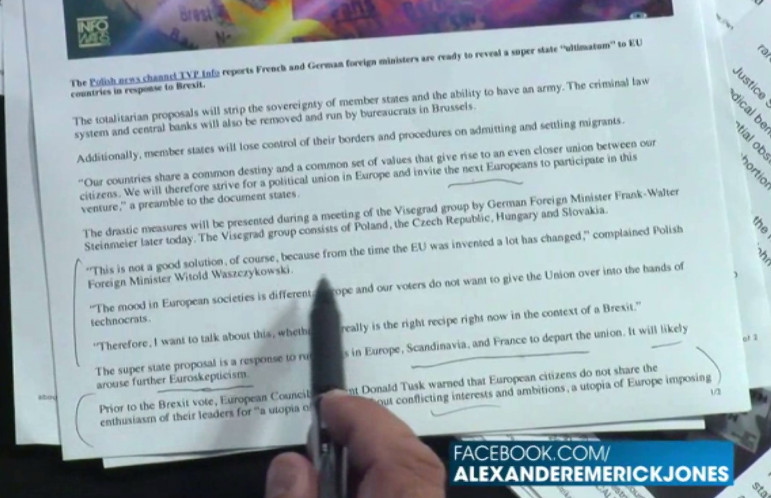 We have 24 guests and no members online