THIS IS IMPORTANT INFORMATION On Nibiru Planet X Second Sun and its arrival, according to Roberto who has produced his latest calculations of the Second sun, and from crop circles has discovered some interesting and worrying points, weather from now on could get pretty weird, if he is right we are in the start of the Times spoke about in the bible, well worth watching and considering, below is the written transcript of the spoken video, for our worldwide visitors. 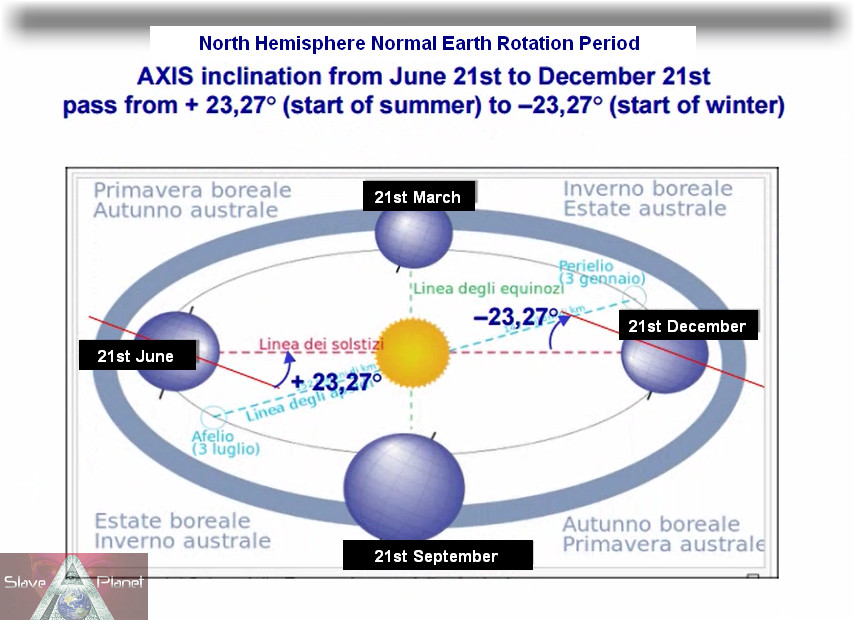 Tonight, We bring a very interesting, and concerning high possibility of whats to come, Roberto again has been in calculation mode, his findings, and calculations, show what a few of us have suspected, the earth is reacting to the incoming nibiru second sun approach, we show Roberto´s calculations, timetable in which he is sure that from now September 2016 the world is going to be puzzled by the extreme weather which we are all going to see and witness.

Before leaving you to divulge the information, which may be a little technical for some, i shall give you the brief concept,

The earth as you know rotates around the Sun, each revolution is 1 year, each quarter as per the diagram give the seasons, spring,summer,autumn,winter as you know, well the crux of the calculations advise and from calculated crop circle decodes, along with messages and testaments tell exactly what is about to happen to earth, this change will be so subtle, the world will not know why and call it freak weather, the masters will say global warming, its our fault for not paying for more plastic bags, and paying more in taxes, the reality the evil leaders already know all this is coming, again why the cities underground, as its the only way to escape this period of heating and turmoils, so they are all prepared. 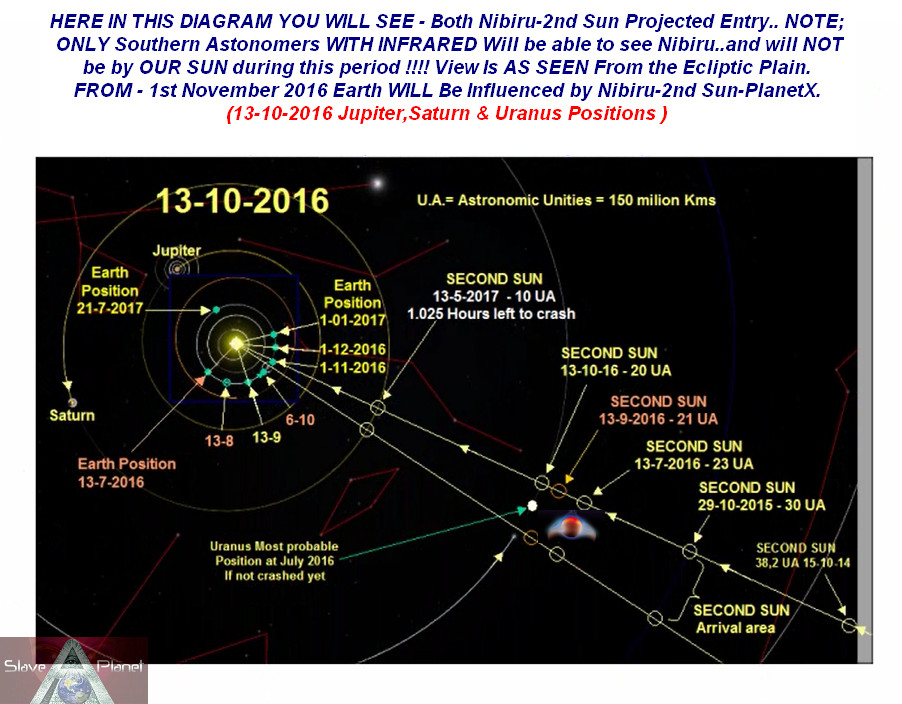 Due to the second sun as Roberto prefers to have it called, namely nibiru to us, its position and entry orbit is now as per his calculations having the earth, between the incoming second sun and our own sun, this putting earth in a very very strong magnetic battle, the effects as per calculations and crop circles show, is that the rotation speed on the year cycle will be slowed, yes slowed you did hear it right, with the northern hemisphere in summer mode, this will be longer, and then it will reach a ongoing behind normal weather pattern, until, yes 2017 the switch will go the other way and in April pole shifting and what you could call the massive heat explosion and the start of the end, the full effects of this who knows, as nobody has ever lived to tell, but guess work, and common sense, tells its certainly going to create some mayhem on earth, with the world in panic mode, as to what is going on, you will now be able to say, hey i know, as after watching this you will be able to watch and prepare, and explain why the earth is in turmoil, to others,

To know this is happening watch the weather reports and patterns, many new talks of extreme temperatures, you know hottest September for years blah blah, they will start saying, and many wild storms, earth changing disasters etc, will be the normal, also we estimate huge increase in earthquakes and volcanoes as the earth heats and possibly its inclination slowly changes, also the sun will show signs of reactions, more swings to dark patches to light , flaring, c m e releasing etc, so watch the free sun monitors on our websites, these are all indicators,

One final thing as to viewing nib iru, look at the charts, you will see earth is between nib iru and the sun, so any pics of supposed sun by sun, and the many lens flares stupid posters will call nib iru etc, will be rubbish, in our opinion any planets by the sun, will be explainable, in the coming months, as the only people who will view this are far southern hemisphere with infrared, and very hi tech equipment, as only during nightime will viewing from earth be possible, now you understand why the evil vatican have top telescopes, do note, however, moving on a seperate topic, although it could be linked maybe, a very strange big rogue planet, or massive large ufo, that is i believe watching earth, and this could cause the confusions, and many assume it is nib iru, its cropped up a few times, and we have seen and filmed, and do cover this, see our videos, and websites,

anyway thats enough of my waffle, so now sit back, and pause video if needed, and see what and how Planet x Nib iru second suns approach is to create all this, and as usual do not shoot messengers, Roberto stresses this is highly likely but has no crystal ball to the future, and so only time will tell, but if you see signs then you will maybe have the reason, watch it and then make your own mind up, but this information needs to be told,

Night now god bless us decent christians, and those who thumb up this video will be saved and go to heaven, the rest like the evil alien slimey leaders, the down thumbers, and other bad people ,well judgement day is coming and your finished ,its eternal flames in hell for you, 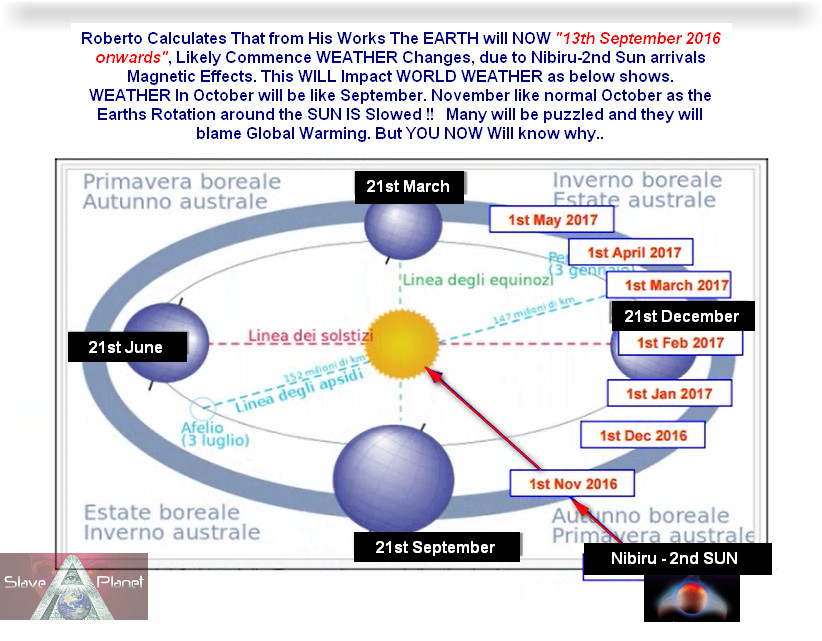 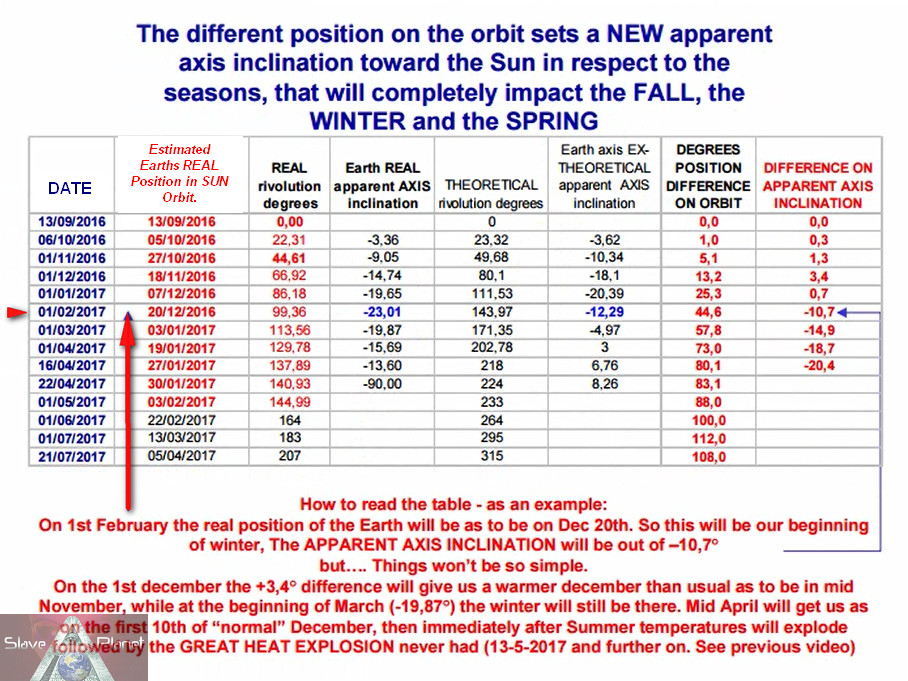