Interesting Video Confirming what Roberto had advised, namely that as Nibiru the 2nd sun and its system moves ever closer, due to its projected orbit under and near Uranus, Uranus should react with the closeness,  sure enough a amateur Astronomer captured fresh close up of the Planet Uranus, and in his opinion Uranus does indeed show signs of having some Space event !  Its gassing up as per pics show.  Watch the Video and sit back and be educated, then get up to speed with this 2nd Sun Nibiru Planet X, Maybe you will start to realize , this thing could well be running as predicted. 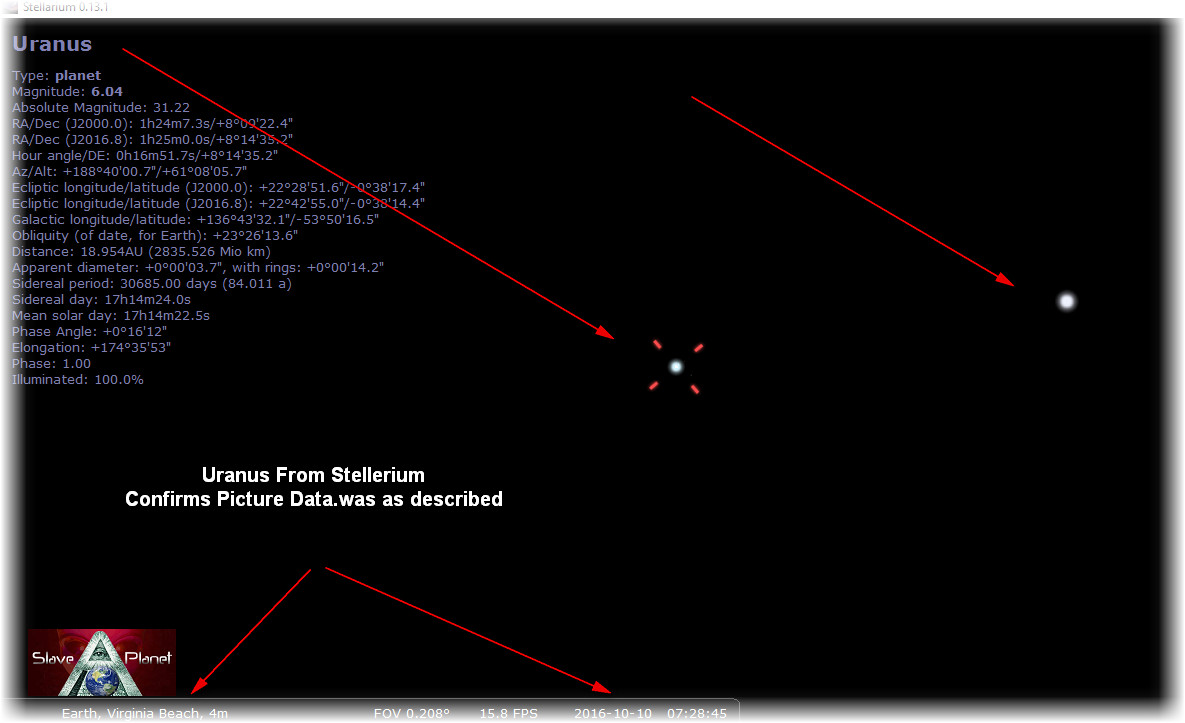 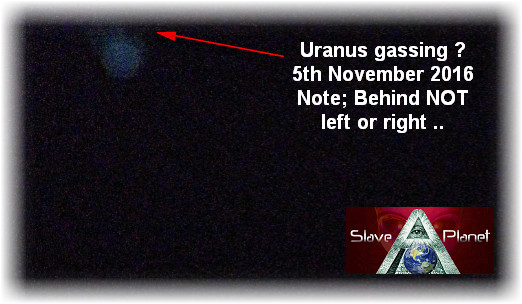 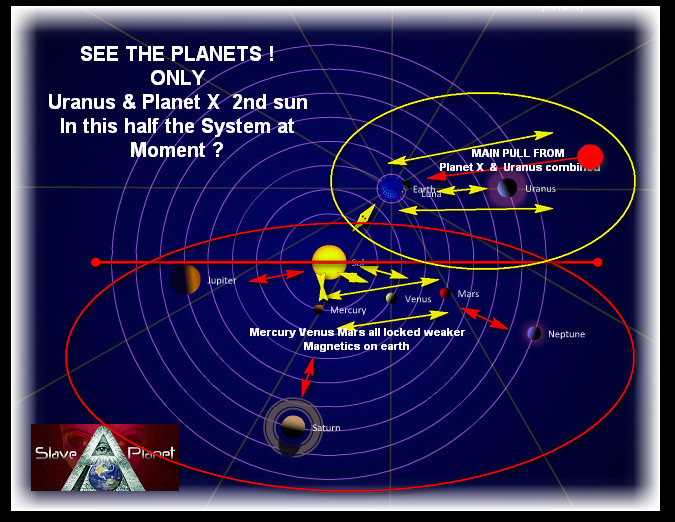 We had a Interesting Set of Pics sent in from a Solid "Amateur Astronomer In USA " As Below He advised "They are consistent with the planet having been involved recently in some cosmic catastrophe. It is surrounded by a plume of Gas"

As usual we always check out the sources as best as possible, The astronomer seems genuine, The pics supplied times and locations , Confirm as advised. As you will see on Stellerium The adjacent Star does match also as described. he is a professional person knows Space and so ticked our check boxes, So lets show what we got, note it had a 10 second exposure time, needed to drag the light from that  distance, as such some ghosting could occur.

However with stars running visually left to right Normal ghosting would be left to right. As YOU will see, the interesting part is the Behind Cloud, as this region behind and below would feel Planet X - Nibiru - 2nd Sun strong magnetics..

So again this makes this very interesting, specially as Roberto was adamant the crop circles tell it will get to clash with 2nd sun approach. And looks like it has !!

So Very Interesting , we know the position & Orbit of 2nd Sun - Planet X - NibiruRoberto said if only we could get clear skies and see it , URANUS MUST Be showing signs !! and sure enough looks like its all as per predicted. Now add how Earth is at the moment which i firmly believe is due to as stated before, NOT due to any silly Super Moon or CERN , BUT ! 2nd Sun coming in "QUICKLY" well Quickly in Space terms !!!