This is Something Which is of interest. Maybe you know of it already?
We call it the Becky Lewis Capture. Soon to go along with the Roswell Incident in History Maybe?.

You Must Go see the whole video, after watching our own Video below, and point out a few things, and investigate the Capture.

Big Thanks to Becky for allowing us to Look and use key segments.

Initial thoughts when seeing the Capture are its a bonfire in the distance. Or, Oh she has mixed some videos to fake it.
as its so weird and strange, thats a logical thought Pattern.
Well let us have a look and see why i consider this is certainly something NOT To be ignored as Rubbish.

Let me start by showing "WHAT" Immediately got me interested and then as usual move onwards and in to the nitty gritty. See if you spot anything familier from our already shown previous Genuine captures. 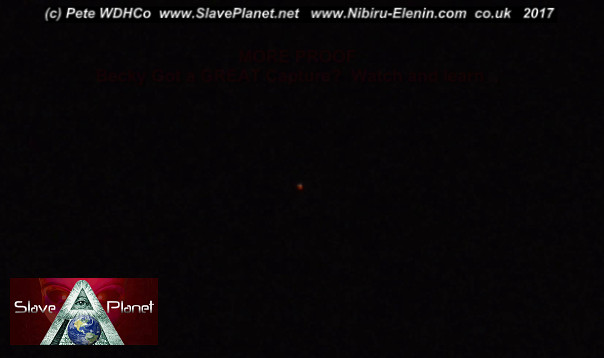 Becky advised Her Video was taken from her Sisters Home and many videos from there show, NO hills on which to film any Bonfire. (so Bonfire theory stops dead)
Video shows these,and note the Road and then on Her Video you will also hear the same Traffic confirmations.

The Video will show you how she left the Planet Object in close view with camera running, this gave us a great chance to confirm and check the objects movement and orbit, this again confirmed the capture to be genuine, in the video we then go on to show and filter and investigate.

Final Consideration this looks Genuine and Becky got a great catch, this is a solid capture of something new, from our own research the

North West West position does throw us as you will see in the above video, South east would of been what we would expect, but there could well be

a simple explanation or mistake in the night sky?  This will be investigated further. Maybe this is just another incoming dragon or some other reason, whatever the reasons. THIS IS A Serious and Interesting Capture..  YOU Can judge for yourselves here in the above video you have the findings.

MANY, Strange things come from this, example see 1 of a filter set used, see how the Ball of the Object does Not show, adding to the old

invisible and only seen in certain light streams and such, very curious Planet Object Capture. 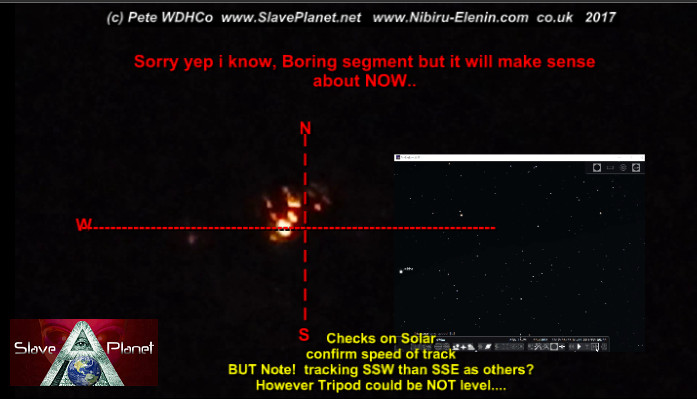 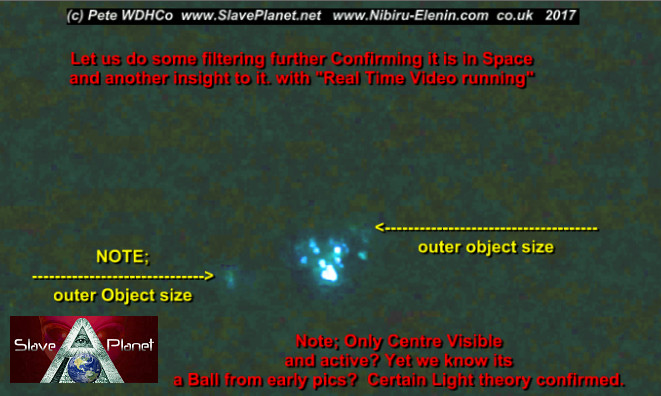 STAY TUNED - Something tells us, Its soon to get very exciting.