Yes This is interesting and worth the watch, From having several others saying they caught or saw similar to the Becky Lewis great capture, a capture again in the same spot as Roberto had stated Crop Circles had foretold is again made.

Coincidence? Yes maybe?  But how many coincidences do you have before you start turning coincidences in to something more?

Maybe this video and article will just change your mind?  A Common theme from the captures they all originate as per the diagrams, with a single core target region.

CORRECTION & ADDITION TO ABOVE VIDEO..  We Missed another Capture which is now added, and a GOOD  Demo video showing how the Nibiru Second Sun system could be coming inwards, yet another serious report,

and another MUST WATCH..

Add to the strange earth happenings, and most strange the LACK of BIG Earthquakes the suns strange and erratic behaviour, and many other clues, then the dots start to connect. 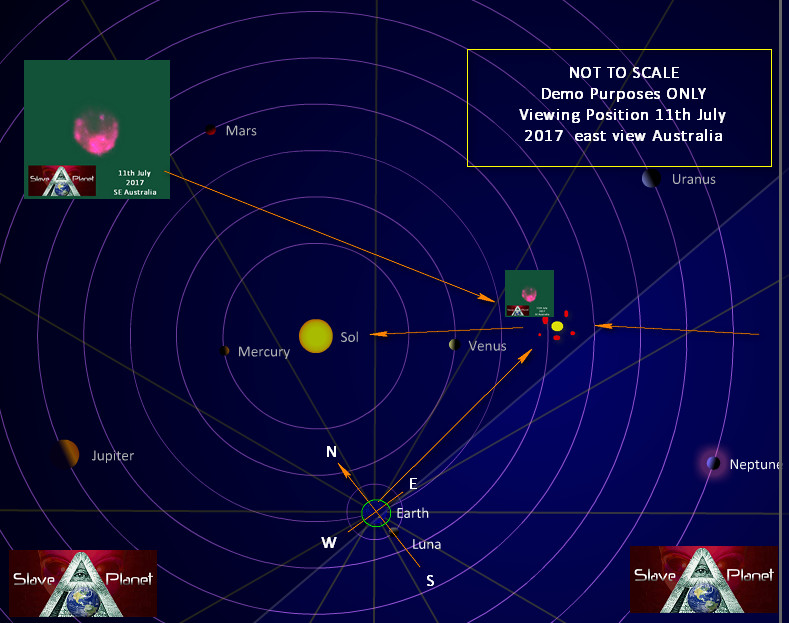 Also included in the video is another close analysis of the Becky capture, this time we use Stellerium real time directly alongside the Capture and use a known standard star orbit to show a further clue,

as to both the validity and a further check on what we already had known, the system has a spiral incoming orbit. 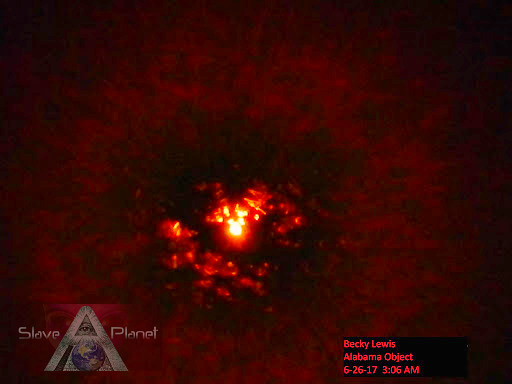 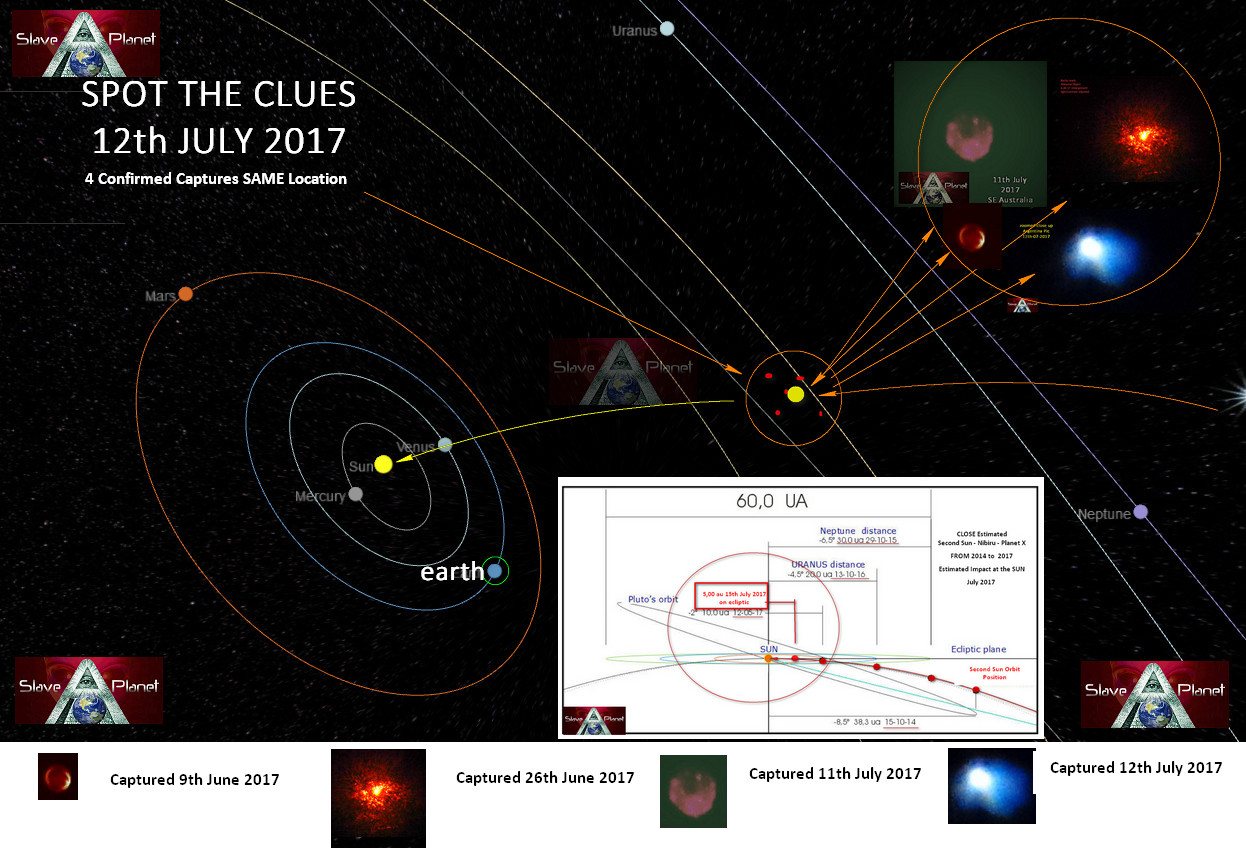 Its been well known for the last 7 months or so, the sun has always been in a low state as if sucked of energy from behind and today suddenly in the target zone she has sprung back to life, this again gives

us a clue. So many clues now that all be it the exact date, one thing is sure there is a system out there, its no longer just a myth and story, But Reality. The only question is?

Is Roberto correct with the timeline? and its target of the Sun? or is it just a system which will fly by without a murmor on earth? 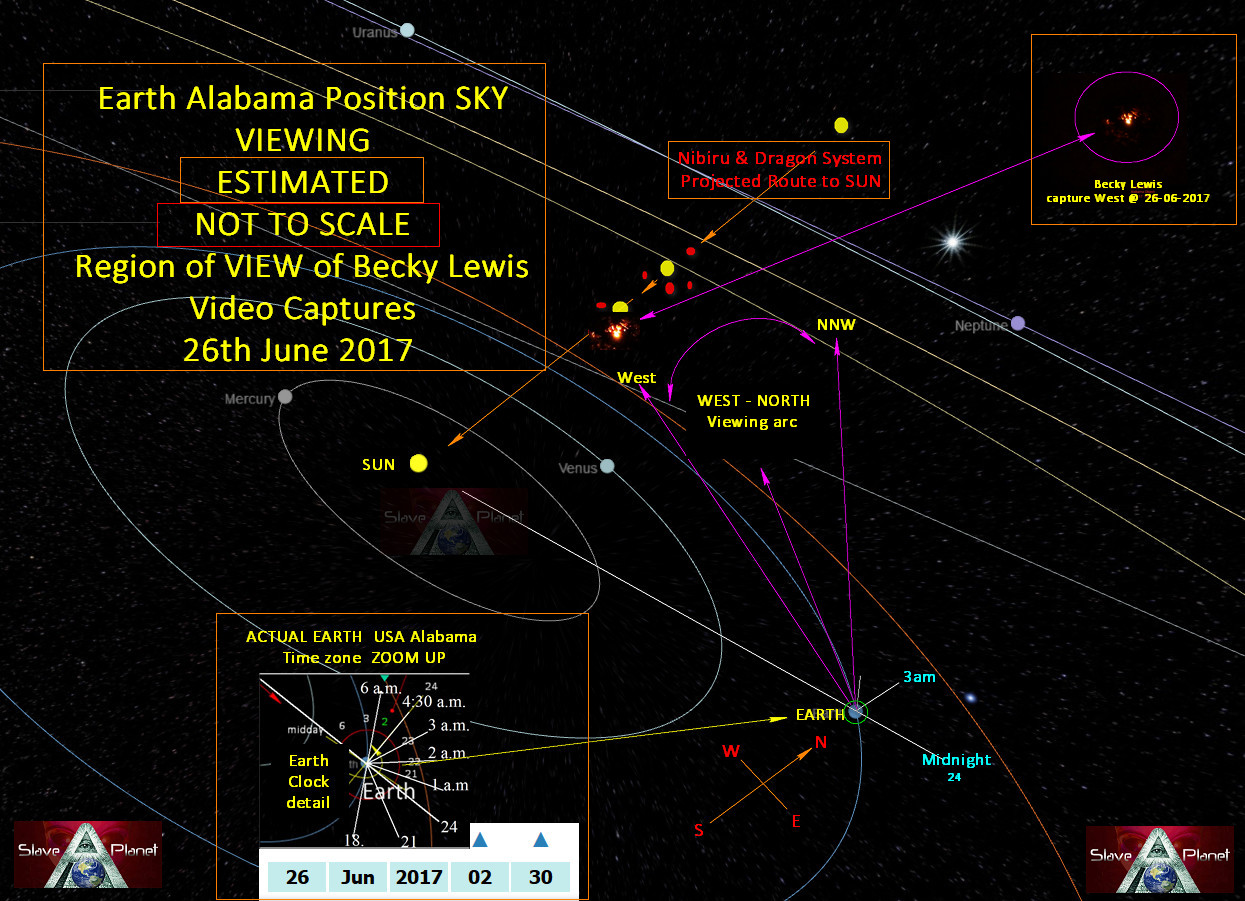 ONLY TIME WILL TELL.

We have 42 guests and no members online