"The Burning Planet" Capture
In this Video we cover The SIZE issue, previous videos have covered The Event, However This Capture gets more interesting the more you delve.

I asked Becky apart from getting actual raw data from her, what she could give as an example as to how it compared to her normal sky captures, of the SUN or Venus and such?
Becky told us...

" If I HAD TO compare..
I'd say it was the MOON size that compares because I can get the
WHOLE MOON and then some.
If I zoom all the way, the edges go out of screen.
By looking at my video of the object,
including its outer mass, it was like the moon in that it just went out
of the edges on full zoom." 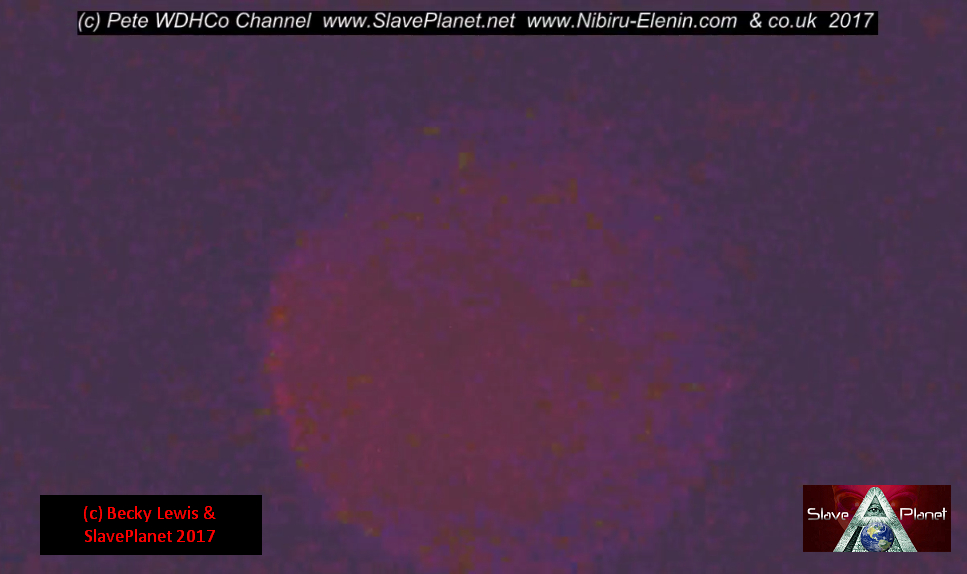 Many Hours have been spent on what is Officially to be known as "The Becky Lewis Capture" or "Burning Planet" as we call it internally..

Becky has been working with us to let the techy boffins in the team  research and try and fathom its size, positions , distances etc, etc..
REMINDER WHAT BECKY TOLD US..

" If I HAD TO compare..
I'd say it was the MOON size that compares because I can get the
WHOLE MOON and then some.
If I zoom all the way, the edges go out of screen.
By looking at my video of the object,
including its outer mass, it was like the moon in that it just went out
of the edges on full zoom."

"We know how close the moon is . a CLUE to sizing " 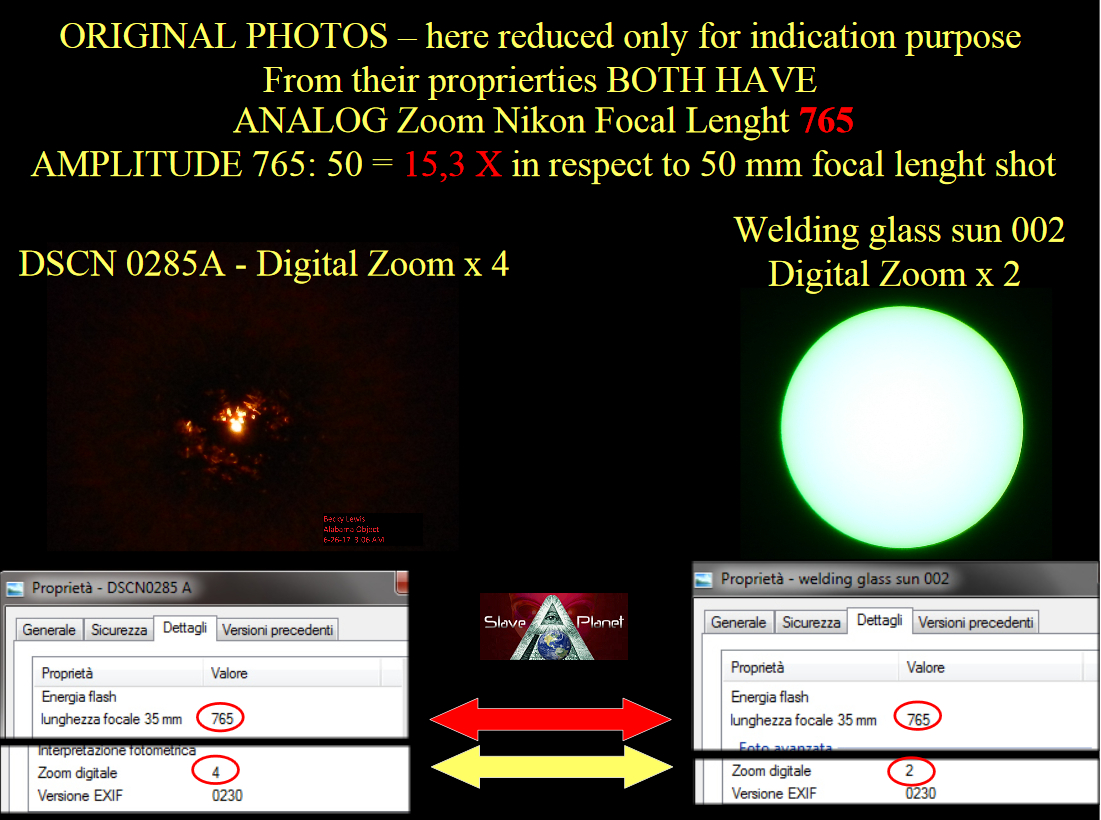 She provided us with original Pictures to enable us to work and investigate. (This gives hard RAW picture data from meta tags)

Along with Giving us the master original pics, She has also used the same camera to do some distance pics of the Sun as this is a known distance and size, in order for us to go
and let the Techy Guys do there Stuff.

The Results of which i shall now go ahead and show. It WILL Be a mind blower, so sit down and brace yourselves.

THE CLUES WERE ALREADY EVIDENT.
From original video, and Beckys Talk & Opinion of experience. But the research confirms this is "BIG" Not to be ignored.. 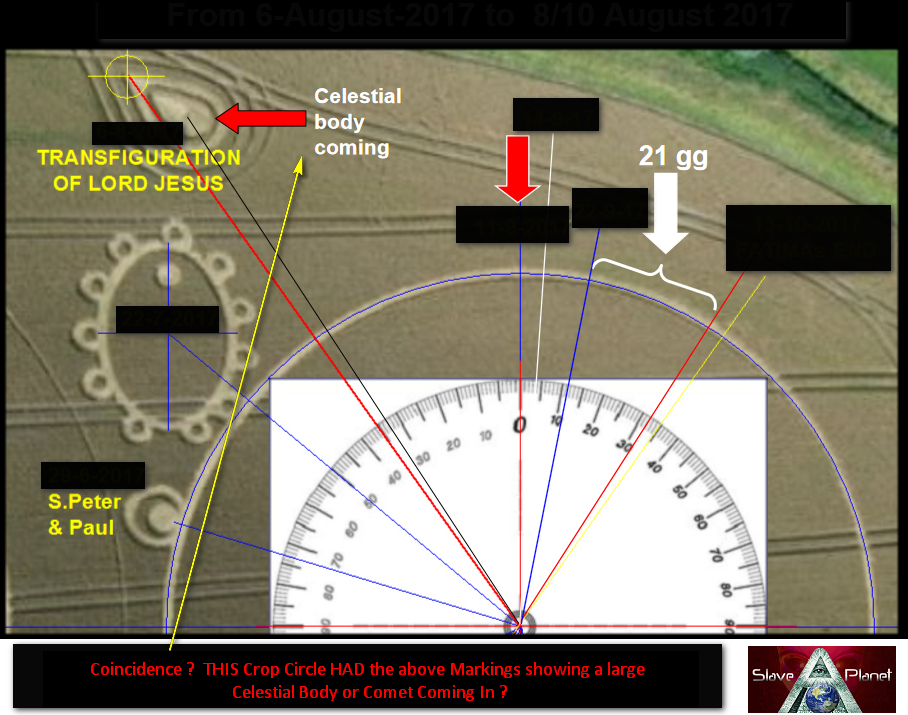 WHAT DID ROBERTO Think ?

WELL HERE IS HIS OPINION

"The Beckys celestial body compared to our SUN is too big, so it can’t be the SECOND SUN coming in. If it would it should be 12 times bigger at the S.S. up to date distance.
This can be a part of the S.S. as the internal nucleus is burning. It is not a meteor. & Maybe it is  already very much nearer to the Earth or to the Sun."

IN SHORT - THIS is a REAL Head Scratcher. 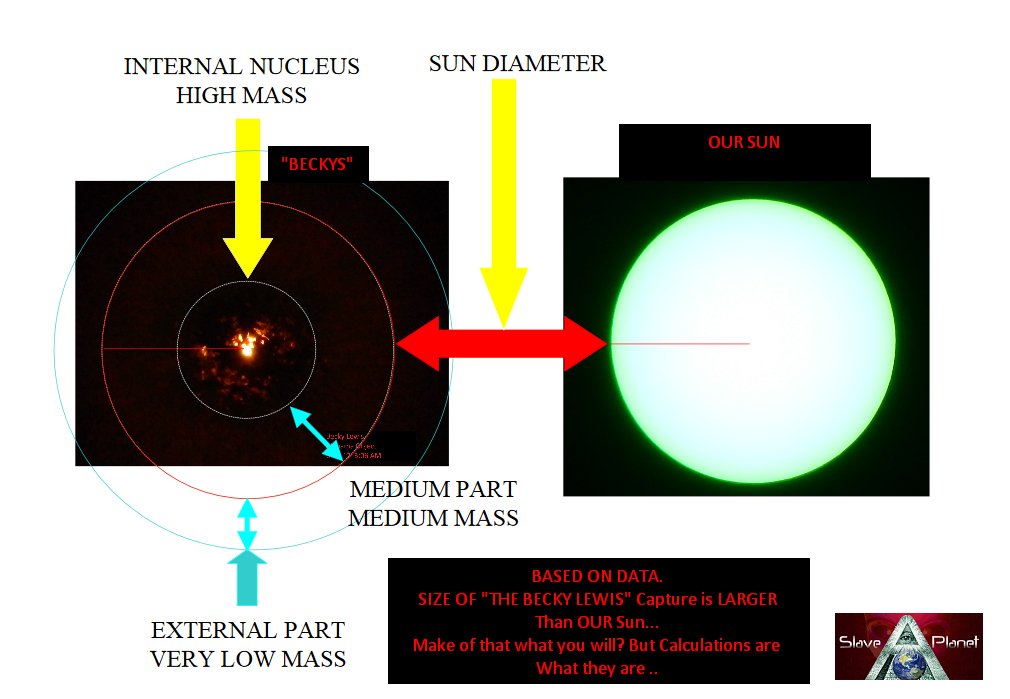 & NASA We reckon are in freaking out mode !!!

WHAT DOES Pete THINK ?

"Well i only watch observe and use my judgement, and to me Based on what i see from Beckys Testiments, and what video evidence is given.

MY estimate Gut feel SIZE PLACES THIS approx as below size. TIME WILL TELL as usual, But spookily its close to .66 sun size !! I find it HARD To even imagine it being Bigger Than Our SUN." 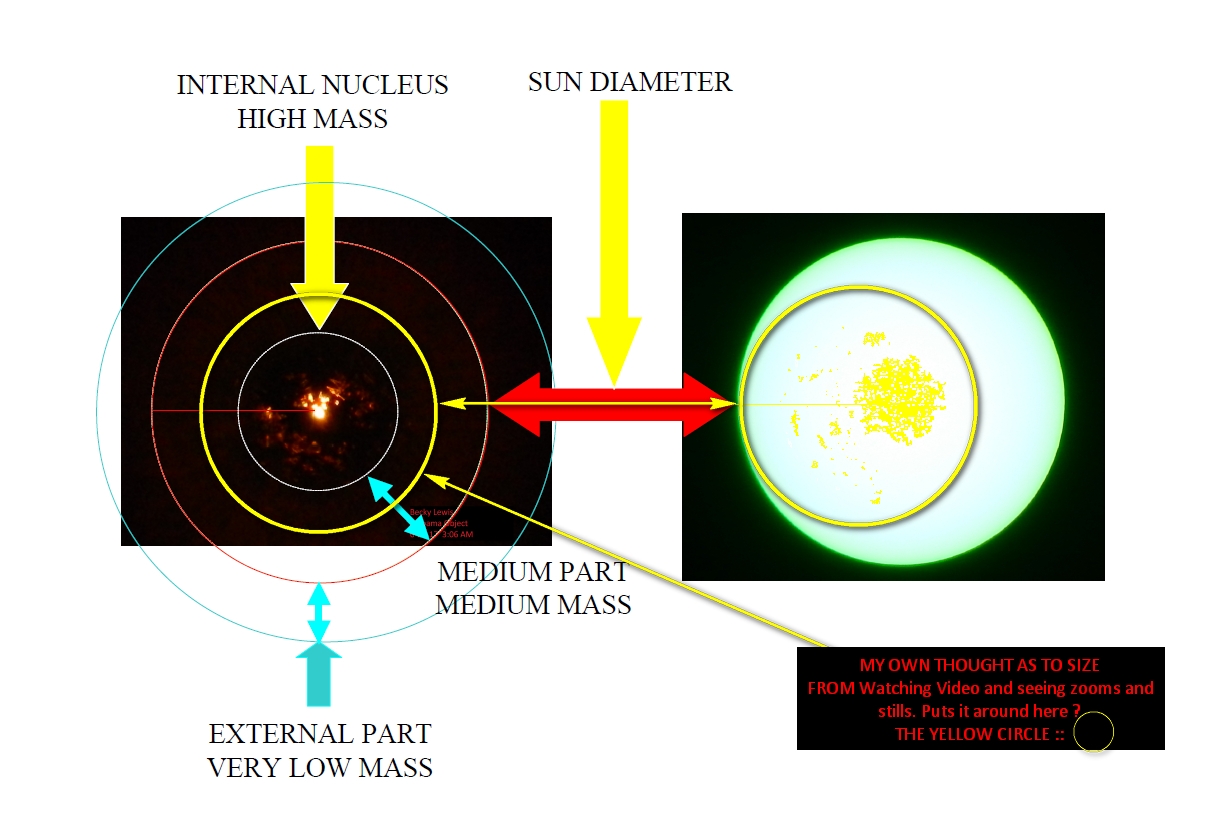 WHO KNOWS? MAYBE This thing is just so close that its all a mad crazy hallucination and its tiny?  BUT  Info is what it is? Becky got it we checked it. Findings are Findings, GOOD or BAD ..