NIBIRU PLANET X SECOND SUN Have We FOUND IT

NIBIRU PLANET X SECOND SUN Have We FOUND IT

You must go check out our closer work checking the Becky Lewis Capture out, this again is just something of interest as to the question was this "BECKYS" part the system or? The actual second sun aka, Nibiru ?

Here below is the simple theory of how from the SDO Sun Model which shows heat spots and such, just how similar the Capture is in its mannerism, Many minor other clues , example.

1. Initial viewing object was dormant and dull and difficult to see.

2. Only when the centre of the object got excited or activated and then started its visibility , which many have noted looked like a bonfire, indeed a very good comparison, as our Sun is basically a full blown Bonfire.

3. The surrounding none lit portions look so very similar to the surface of the sun, behind the fire. 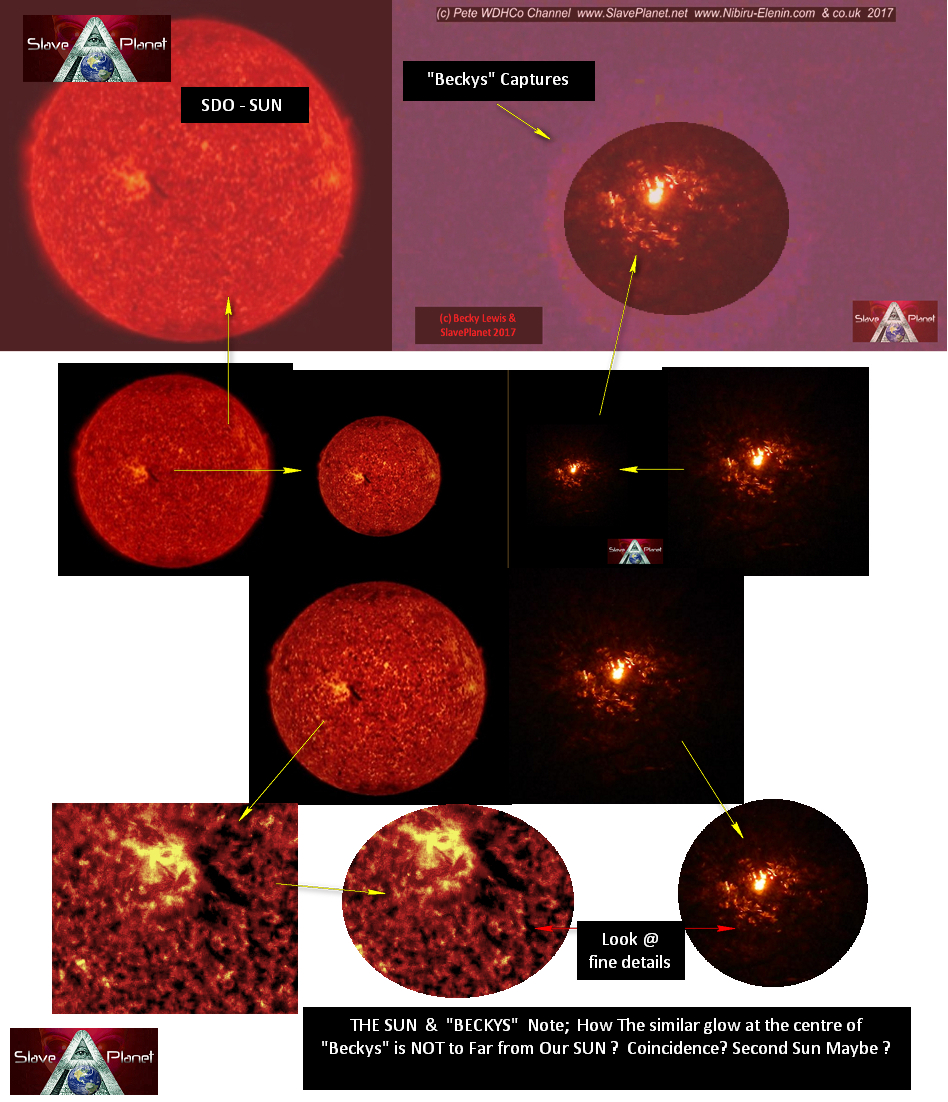 Who knows for sure, but its very interesting the Prophecies talk about it as a second sun, as when closer people will stare and shout oh my there is 2 suns !!  Whilst they are running around in a panic, etc.

There again it could just be one of them Coincidences YET Again..