"The NIGEL FARAGE Show" The PLAN People are Missing the BREXIT Charade Continues..

Text below if required.

So NOT by surprise BREXIT does not happen. People are rightfully angry, the Cons and Labs are shown to be the Joke sell outs they are.

UKIP are Gathering support in MASS Numbers & Rightfully so.. What British Person would Not support. A Independant who "IS" In Touch with the People. The Establishment KNOW This they have the statistics. The VOTE on Brexit GAVE the Initial State of Play.

NOW That figure has worsened for the NWO Plans.

IF the 60% voted UKIP they would swamp and Take Majority.. It is very logical that those WHO Value BRITISHNESS Before anything else. HAVE seen that Cons and labs are just one and the same ALL Puppets of the Long Term Masters. WOULD or SHOULD VOTE For UKIP..

THIS CAN "NEVER" BE Allowed to happen a bit like BREXIT IT WAS AND IS "NEVER" To Happen as this would destroy The One World Order and final Enslavement Plans..

Re Enter Farage with backing.

The ONLY Solution for the establishment after the coming Calling UKIP Racists Islamaphobics and the usual Ongoing old tired worn out Rhetoric which ONLY twats swallow. To fool those who do NOT research into staying in the  "From us to you" 4 year charade the same team in differing Colours play.
Nigel Farage speaks well and is a Good Crowd Rouser,  Pretends he is for the UK and so a NEW Brexit party is made.
WHY ?   ASK  WHY a new one?  He has nothing new?
NOTHING Farage says or does is different than UKIP Party. Indeed Farage was UKIP until he spat his dummy out and Tried his best to destroy UKIP..  WHY ? SURELY  IF?  Nigel Farage did WANT  UK  To
Be FREE and become  a "Great" Britain again. He could simply Put His dummy back in for the sake of the Nation, and Back and Rejoin UKIP.

THAT RESULT WOULD EASILY CREATE A PARTY SO STRONG The UK Stood a chance to get GREAT Again. The 60% voters would ALL Unite as one, and defeat the One World order Puppets of the Steptoe & Witches present closed Labs Cons "from me to you system" .

What is the "From me to you System" ? I heard you asking at the back .

Simple its the Reason The Country has gone to the shitter Its the Reason we are in this mess. Labour & Conservatives Play the Good Guy cop, Bad Guy cop, Routine. Many years of pushing a simple aim to destroy Britain slowly.
Labour Come in and lie with we will do this and that.  Cons come out and say look what they are doing vote us instead. Cons get in and add more damage. people say got to get them out and vote Labour again, and so it goes on and on. hence the from me to you..  Same plan differing faces..

IT IS VITAL To THE ELITE that The "From me to You System" MUST REMAIN.

The Elite CAN NOT Allow Unselected OFF PLAN MP,s The Long Term Plan is too Far advanced. Sure we know NOBODY Can NOT Be brought, blackmailed or silenced in
a freak accident or early Cancer etc..!! BUT ! A New Independant PARTY would seriously set Plans back. Nigel Farage knows "UKIP" are becoming a threat to the Club.

THE FARAGE PLAN Is Born..

Let us go back to the Estimates of Public Feeling.
60%  Want  GB Great again, and Freedom to save FREE Speech and Stop the BBC Bullshit machine etc etc. 40% Are Still Sleeping or are benefitting from EU Controls etc,

It is a Certainty the 40% will follow the "From me to you" Charade.

The 60%  would of maybe gone with UKIP who knows for sure But it WAS a Chance.

The Farage show and his Brexit  stupid Party WILL Take 50% from those who have gone UKIP. You see the remarks online. seems a 50/50 split, all want away from the from me to you. BUT ARE SPLIT between the ONLY other options..

Since 1973
The FROM ME TO YOU Plans have been the same to get UK in debt to the Masters. AND its working .. EVERY YEAR People are fooled ALL is getting Better.  REALITY its a Deliberately made sinking ship going down like the Titanic. Getting the Country in more debts to the Elite Control and destroying it from within. 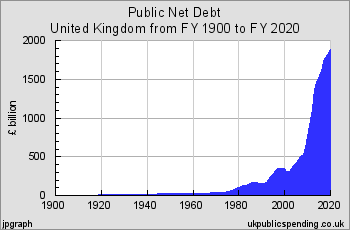 Its Called BREXIT Party, ONLY bothered about EU issue. He has a Hatred For UKIP he tried to destroy it Years ago.

IF he was 100% UK why has he not simply bit his lip and joined UKIP..  Who have a Leader who is switched on and willing to tackle issues Farage is scared to tackle.   WHY does he demonize Rommy Tobinson who does care for Christians and UK welfare.

Spot the Clues as we say.  This is A "FARAGE SHOW"

Sadly he wears a mask of many Colours. and they are certainly NOT the Red White or Blue.. Union Jack Colours.

We have 84 guests and no members online