LUNAR WAVE Captures, Lunar Thermal wave, Moon Holographic Theories smashed to bits Time For a Moon Shake Up and a Get Back to reality People Quick Video.
A look at the famous lunar wave and Technical Data blowing the holographic moon theory to pieces, as its all a scam to stop people looking at real issues. 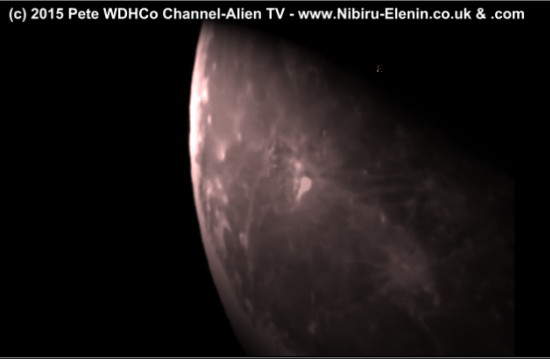 PREFACE: I see other sequences in another video now where we're clearly looking at some kind of buffer error or something in the cam's circuitry. I'd BET that if you focus the camera on a clouded glass of the same intensity you'll see the same effects with the same power source and same environmental conditions including 60hz noise which can on some devices create a synchronous distortion. The nature of this 'wave'... c'mon... IF this was something on the moon as an energy wave it'd do a lot more than have this narrow line move across like that. And No the moon isn't a hologram. Man doesn't have the technology to create a world wide viewed hologram. RATHER what you are seeing is something I've seen observing from way back in the 70's when I spent mass time in front of a telescope I built.

But the people in a lot of government institutions seem to be trained to do things that encourage conspiracy theories; I believe to waste our time and divide us for conquest.

In this case though one is BELIEVING NOT the obvious things.  (synchronous interference of some kind in the raster process of a sensor.. or some kind of atmospheric effect...(ie. plausible things) but RATHER believing that mankind at some point snuck some ... holographic image up there which appears at the right angle to everyone on the planet.

The power bill to RUN this thing would be the amount of energy the light is emitting over at least the entire surface of the earth all at once.... (unless someone further kookifies the episode by suggesting that sensors track us all around and we're really in a 'matrix' experience..) A Strong Possibility !!!

So the earth's surface has to have a 640 BILLION WATT GENERATOR.

Hoover Dam produces about 2 billion watts.  So... basically you'd need the energy from about  320 hoover dams with ALL their power allocated to maintain this 'illusion'.