So UK Public are awake and finally get the chance to have there say, The get out the corrupt New World Order scam and get back to independence chance was taken, by 52% the leave grabbed it, restoring faith in the people who have woken from the slumber and said no more , we have had enough,  The news media and all the 1 World Government are spreading the usual bullshits, and so to assure people so long as the right new Ministers can get power and control UK Has a chance to become GREAT BRITAIN again, sure its a long shot but there is a hope, and indeed UK ONLY Hope, as sure as heck staying in the money pit dictatorship ran by the NWO the road is from bad to worse.

Full Transcript below, select language choice from list on top , if you want to read and understand the video in YOUR Own language.

Good evening,
friends and you decent people,
all you other none decent people, bugger off, do not watch this, this is a quick off the cuff opinion, as it Seems to me people are worrying about the move away from the evil European dictatorship and back to returning to being the Great nation we was once, yes we was great before that evil Blair and many others did the hatchett job, and slowly destroyed manufacturing and Britains wealth on behalf of the alien elite unseen new world order rulers,

Well this little Dummies guide, a guide as to why, only a dummy can not see that this European Plan to segment Europe in to a one Government enslavement, was only created to Destroy Great nations and Bring in Muslims to destroy Christianity and to warp and corrupt the People, in to some strange notion that Gay is cool, muslims are a benefit, having towns turned to shit holes is good, and the such like. Yes indeed only a Dummy can not see the plan, from the schooling of your children with such cartoons and leaflets showing, how as toddlers you can decide to be normal or swing a bit of both ways or indeed swing to the delights of your best mate giving you some anal excitement from the age of whenever, yes its sick indeed, but you must wake up and realize, you have sick leaders, i know hard to believe but they are sick and so evil neneath the surface, but our leaders have this secret plan, a plan to make decent folk appear they have the problem, for wanting to keep there bottoms tight, and christian values are racist, the problem is christian decent values is not helping. the sales of there tissue and nappy businesses they have shares in no good at all is it, and if they can make the people gay and perverted then they can come out the closets accordingly, and so spending millions to make it seem cool with coloured flags and such like putting gays in power positions, boosting pop stars as role models that needing nappies is cool, and how if you do not need a nappy at age 40 then your square and have a problem, and say anything is bad, hard to believe but it has all been planned.
Losing your churches, living in fear, living with no go zones, having your flags banned, losing the right to sing christmas songs is all super, and only those racist people dare say anything, having millions of wailling sheet wearing people is brilliant, and you should welcome and pay more taxes to help more come in, give up your hospital space, g¡ve up your homes all to help destroy the nation, is great,

Yep only Dummies think that, but then again thats what we have in Brussels dummies telling the other dummies what and how each and every town and country is to be like, and its been unanimously decided each will be a muslim shitehole, and decent people better get used to it, 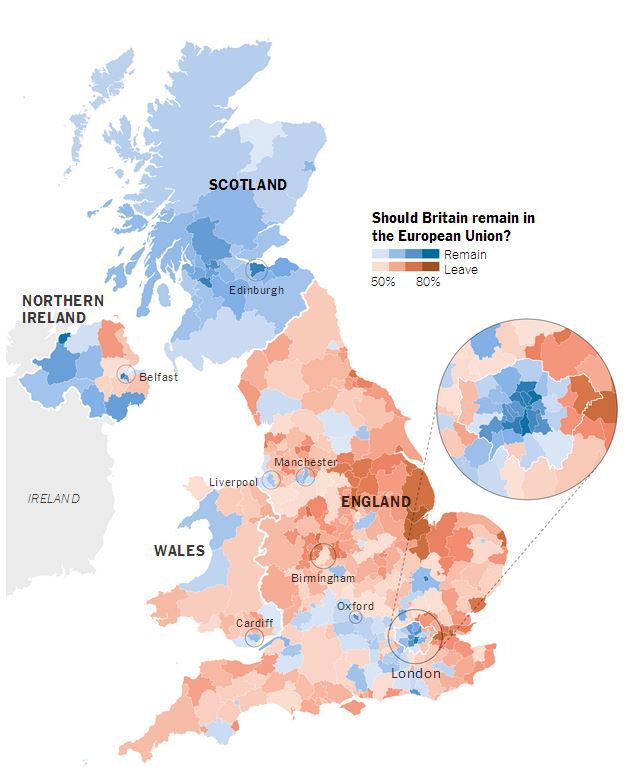 Thanks to God,and a vote UK had a chance to show who are the muslim lovers and gays, and who are decent normal citizens,

So we had the Brexit thank god more than 50% are not dummies and now is the chance for the other European Countries to also stand up, i estimate over 50% of Europe have woken up and also realize the evil sick minded plan, that the Evil corrupt unseen leaders have unleashed as they know time is running out for the great world destruction,

So now lets look and give the voting a quick investigation, as you will see Scotland clearly is out of touch, as the biggest want to stay in the dummies One world Government slow enslavement destruction plan, problem with Scottish is they live in a sheltered northern part of the world, and lets be honest who but a Scottish person wants to stay there, certainly not ex hot country immigrants, there skins would shrivel with the cold and the wet, so they do not have a problem, they just scoff shortbread watch the utterly bullshit BBC news swig there whisky and have not a clue about the real world, so that is no suprise they remain happy, after all who wouldnt with free healthcare, and many extra bonus payments from England to stop them roaming out the regions,

Next region which again has a very high percentage who want more muslims and scroungers let in, and pay more money to the faceless New World order , is London,
now anyone who has been to London and not the TV shown London the real London, the deeper regions, which let me tell you, is a bit like going to Bagdhad but more dangerous,and makes true Brits vomit, is one big vastly expanding muslim shite hole, so they want more of the same as this is tail end of the great Europe invasion, all planned many many years ago, so its not a suprise there,

The Good news more have woken and are saying no more destroying our country, enough is enough, well done Brits now remember filter all BBC ITV news and such, as its from the New World order controlled and they are going to be pissed you even dare to question anything,

I would also add at this point, When are you the people to fully wake and remember, all Governments and the system workers are paid by you, and there to work for you, they are not your rulers or dictators, its you the people who need to stand tall and say no more f off, gather together and stay strong, while the leaders pull the ISIS Bullshit stuff off.

What we now need to do is Rebuild the damaged great Britain, this is easy done and i shall in a new video, give the dummies in Parliament some tips as they do not have a clue in running a country, them idiots could not run a sweetshop opposite a school without needing bailouts, and have the backbone of a jellyfish, so they need to heed my advices, which the video will easily show how easy it is, 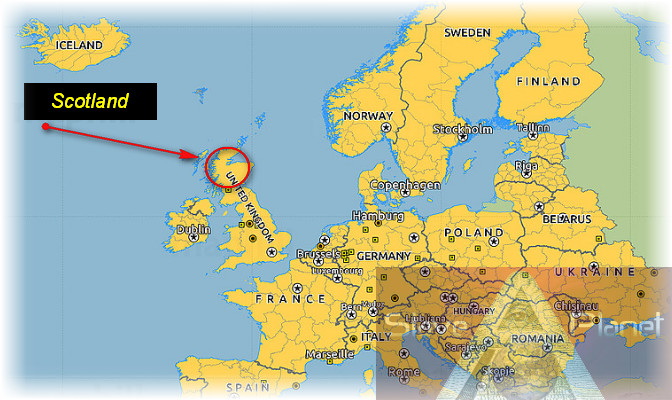 The media spin machine is doing the normal scare the people, with oh look the pounds dropped we are doomed, blah blah,blah yea the usual bullshit, have a look and you will see sure it dropped against the U S Dollar more than against the Euro agreed, but that is due to money market speculations, and who cares, the british pound in your pocket is the same and mos not go on holiday to america, and you will not even notice it,
The Euro has been lots lower before never any headlines then was there, nope as it always bobs as the Money men make it swing and make billions doing so, so just stay calm as if and when a brighter than normal dummy leader, actually heeds my Get Britain great again plan, Britain will lead the world as it once did before the master 1 world Government evil plan, which is to destroy it , which commenced, way back by Heath in the 70´s and continued by every PM since, deliberately killing every industry bit by bit to enable the new world order, 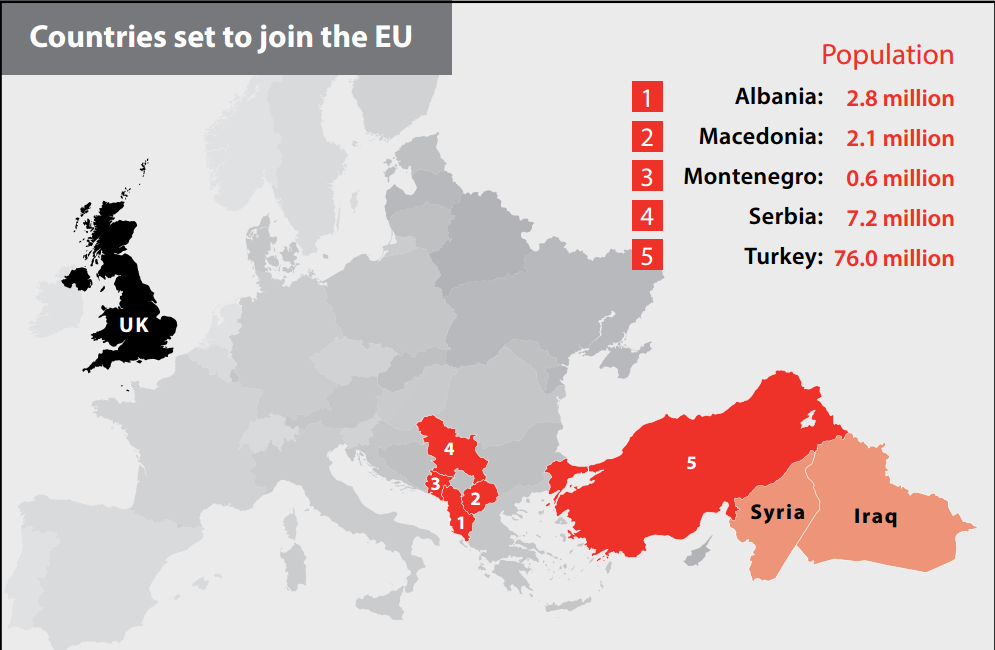 I will finish this now with a couple of points,

1, To all Europeans we love all you Christian ones, and this is not personal against you, but we can no longer take it up the arse and stand by while the Country is destroyed with the evil New World Order destruction of all of us in Europe,

2, we decent British urge all other Christian Countries to unite, and also say no more , before its too late,

Thanks for listening, until the next time, stay safe, keep your bottoms tight, eyes open, no fear, keep it real, God bless us all and do not eat halal meat as it funds muslims,

WHAT DOES DONALD TRUMP SAY ABOUT BREXIT ?  UK People waking up and what will happen watch this video and see why THIS Leave

IS THE RIGHT CHOICE ..

How To Fix Britain and make it GREAT again.

We have 32 guests and no members online