Have a watch as this Sun Flare is NOT Just a pointed in a region but indicative of a large impact from the Right side or mass interaction from the right.  See and watch how it sends the satt Recorder blinded for

a second or so, whilst whatever gets to the SUN.

One of those occasions when WORDS Are NOT needed the Pictures say it all.

Follow up to above Capture, several hours later a very interesting Capture could show debris leaving the Sun, have a look see what you think? 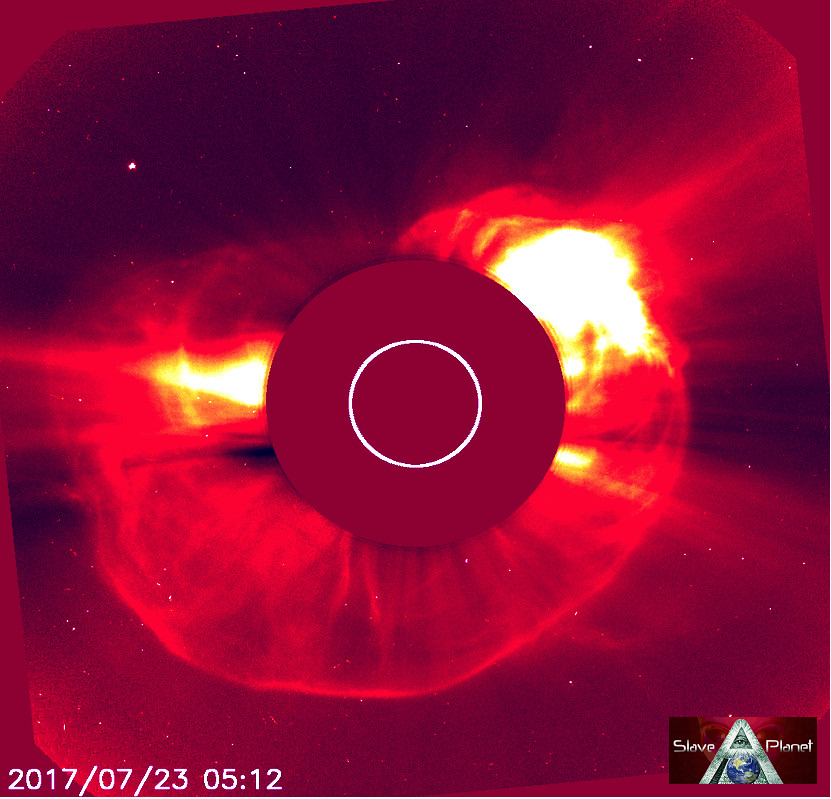 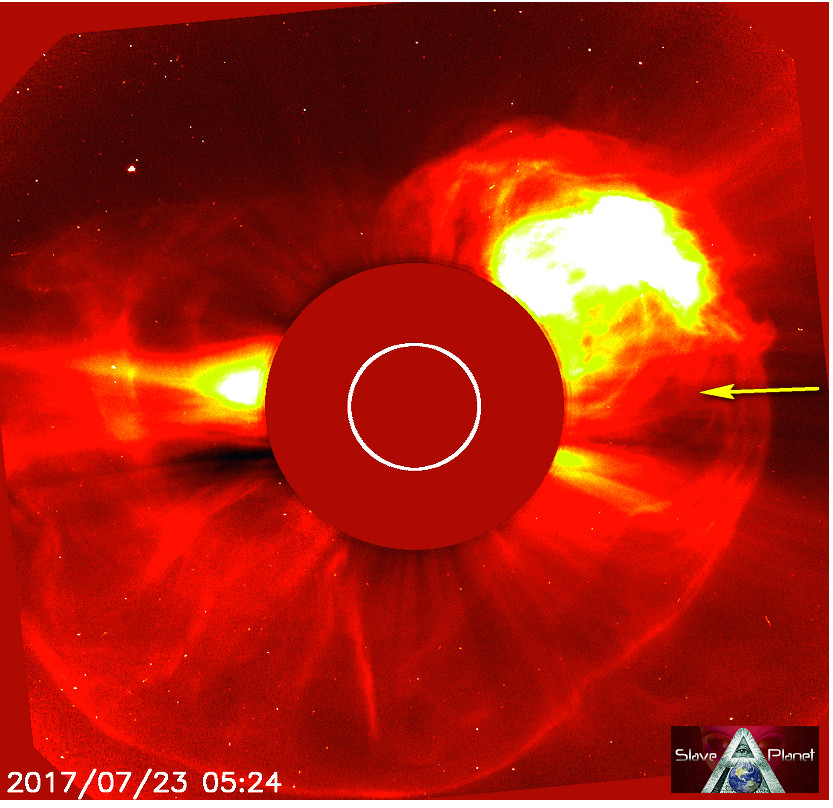 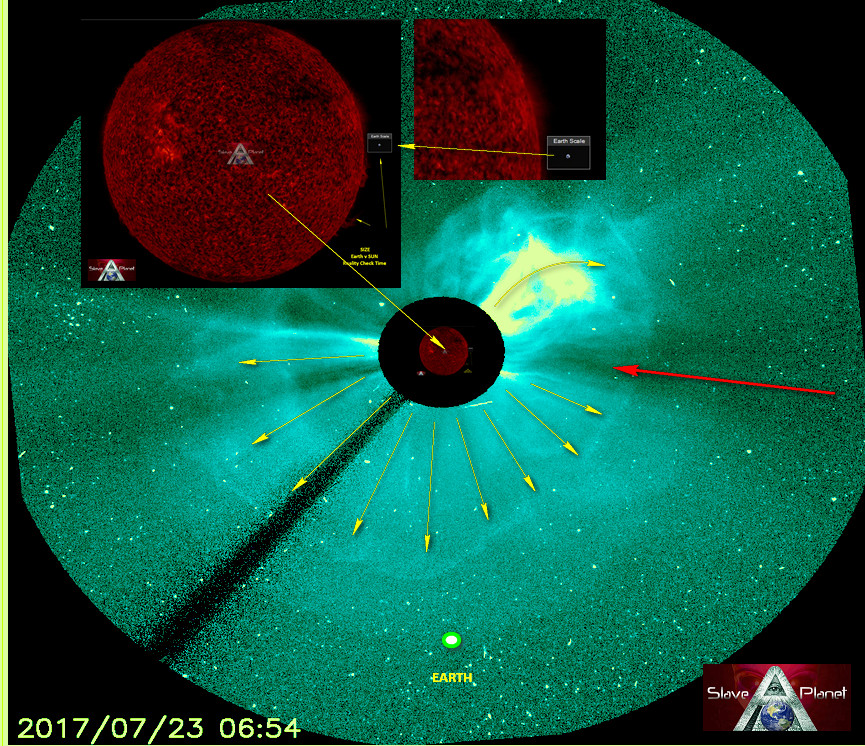 To GRASP The size of this SUN Blast and event, LOOK at the scale of the Earth in relation to the SUN, and then realise just how big a blast was..

We have 76 guests and no members online