WHERE TO LOOK for Planet X During this Eclipse period

After many website emails and Viewers requests regarding the coming 2017 August Solar Eclipse, a very common theme is asked as to what side of the Sun to look and oh how great to be able to see the Suns edges and such. NOT 1 of the emails have YET to have whats going on and where to even start to look.  WHY? oh WHY?  do you expect this Brown dwarf "BECKYS" or Planet X Nibiru or Second Sun whatever you want to call it, sitting by the Sun?  Do YOU think this has raced in on the main AS778 Space Freeway and then stopped and just sat there?  Come on Guys think it through NOTHING in Space moves and sits still, The BECKYS capture is moving, we worked out its movements Roberto yet again has pulled all the stops out, Putting his exceptional High IQ to work, estimating as best as possible, from using Crop Circle messages, Known old Positions captures and logic, to bring what we feel is the area to be watching during the ECLIPSE PERIOD .

To Start lets show the crop circles which Roberto has supplied and explains his findings, followed by how the whole thing fits together.

FINALLY - "WHERE TO LOOK and VIDEO Film at least while all the others are going ohh ahh look at that lovely blotted out SUN"  BE SMARTER .

SURE Yes.  Still Have a look at just the SUN, but as its position is NOT Fixed in concrete, the regions which we show you below, are estimated to the best of Roberto´s ability where at least the "BECKYS" Brown Dwarf - second sun type Capture, is most likely to be .

Who Knows for sure what is by the Sun?  BUT DO NOT FORGET THE CALCULATED Following predicted regions as shown below, AND LOOK THERE, If your unsure what to look for? watch the Beckys Capture videos we have, we expect it to have a reddish glow, but again thats only based on last capture, certainly this thing will look like it does NOT belong there .  GOOD HUNTING ..

Becky Lewis Captured her Brown Dwarf "BECKYS" again in the early hours, she tells us it was same as before a red glitter ball in the distance, again she could zoom right in and it was still alive.

Unfortunately she was not in sky watch set up mode and could only get the 1 still shot as below.  However as you will see it is enough to confirm we are again looking at the same Object,  Roberto has been busy as like he said, this gives further information as to the Brown Dwarfs orbit speeds and positions etc,  This also made sense as to many crop circles which relate to the incoming spiral orbits, and the object coming above and below the ecliptic.

THE BIG QUESTION? WILL Nibiru be visible during the FULL Solar Eclipse?  Short answer NO, but who knows for sure?  SO still try and see what you can get, my gut feel try the 2 positions marked

and if nothing just sit back and enjoy the ohh wow look at that its covered it , family crowds and relax. 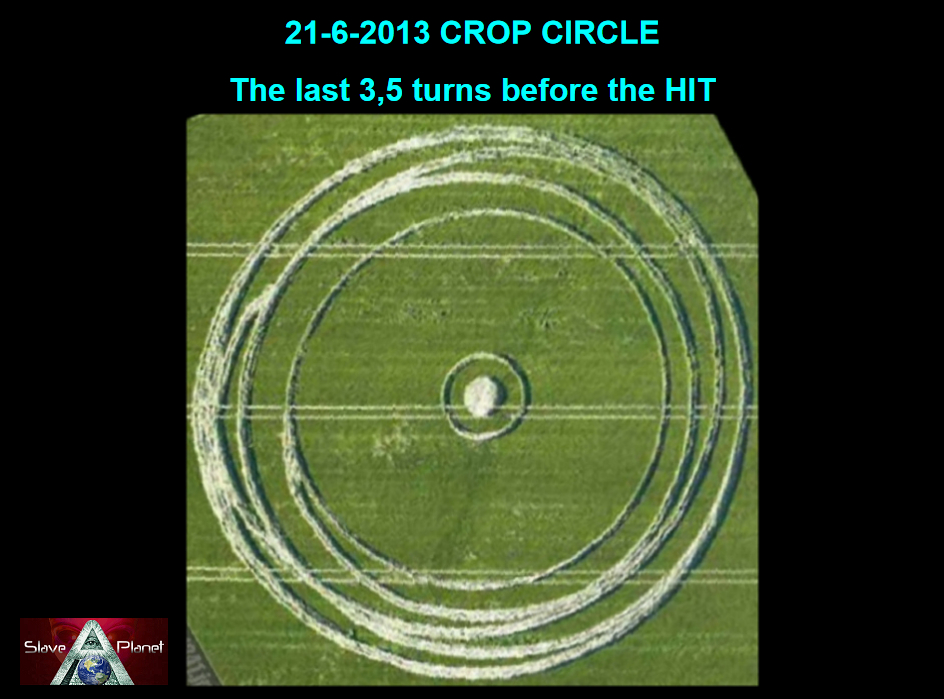 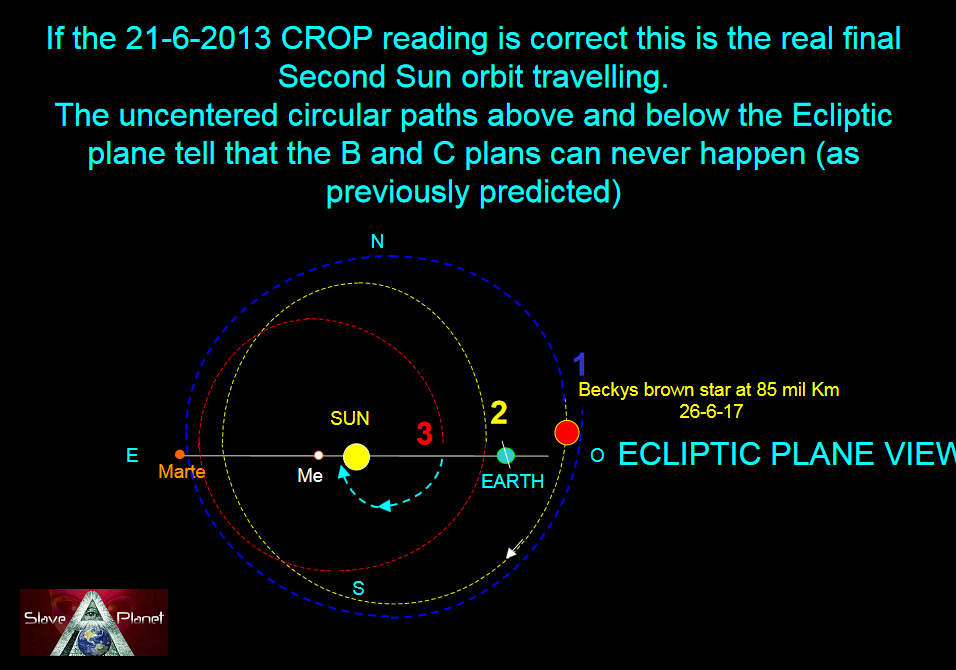 SOLAR ECLIPSE KEY PERIOD estimates as to where "BECKYS" Planet X  2nd sun . could be. 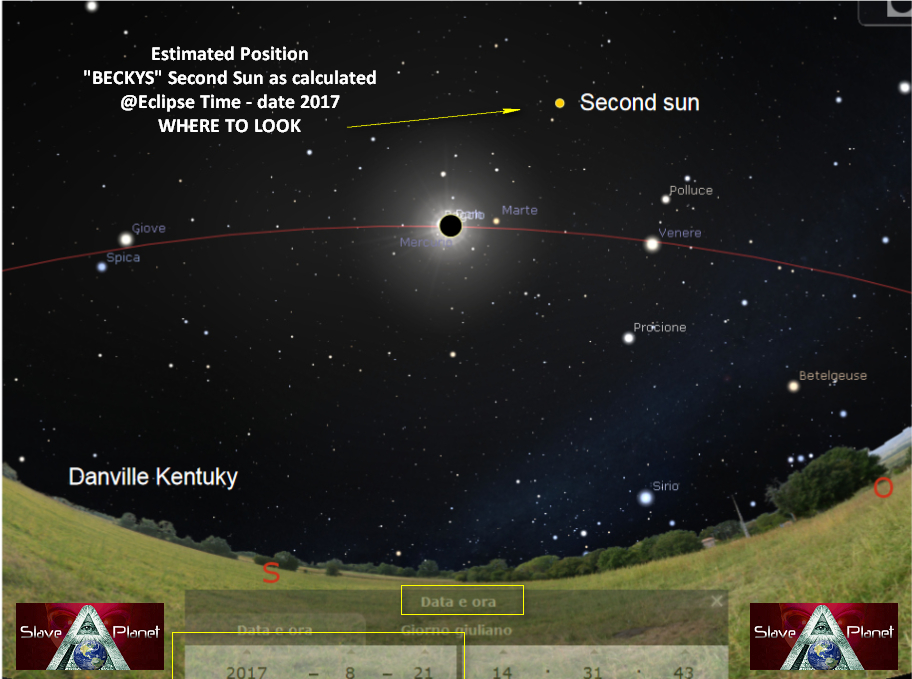 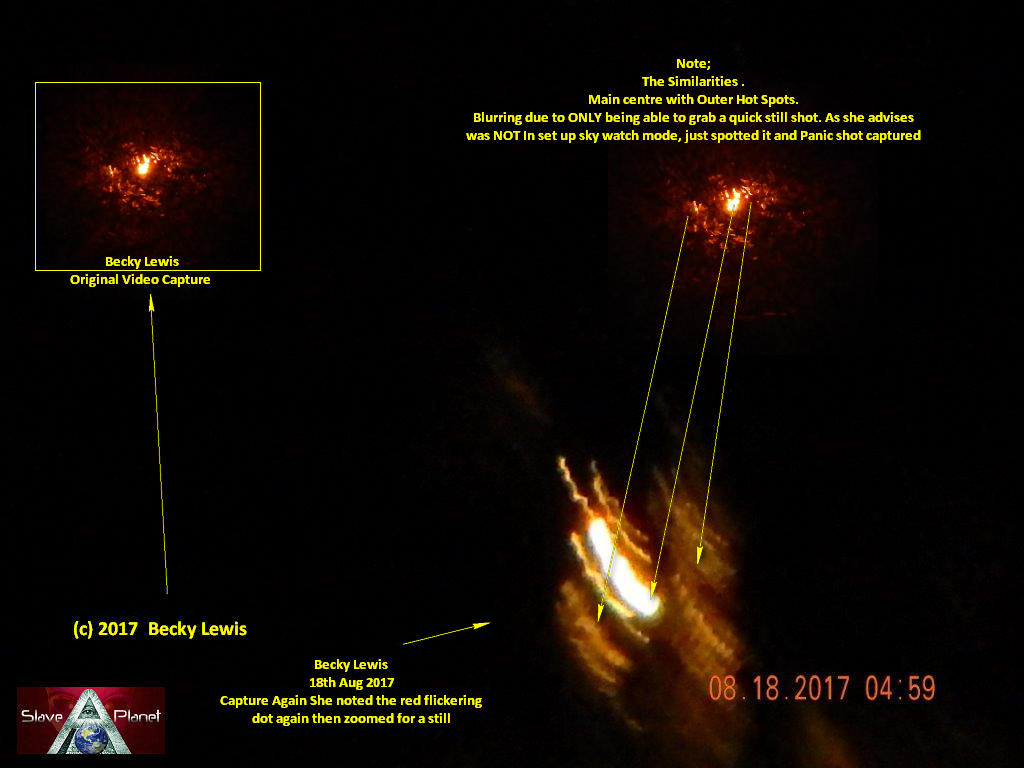 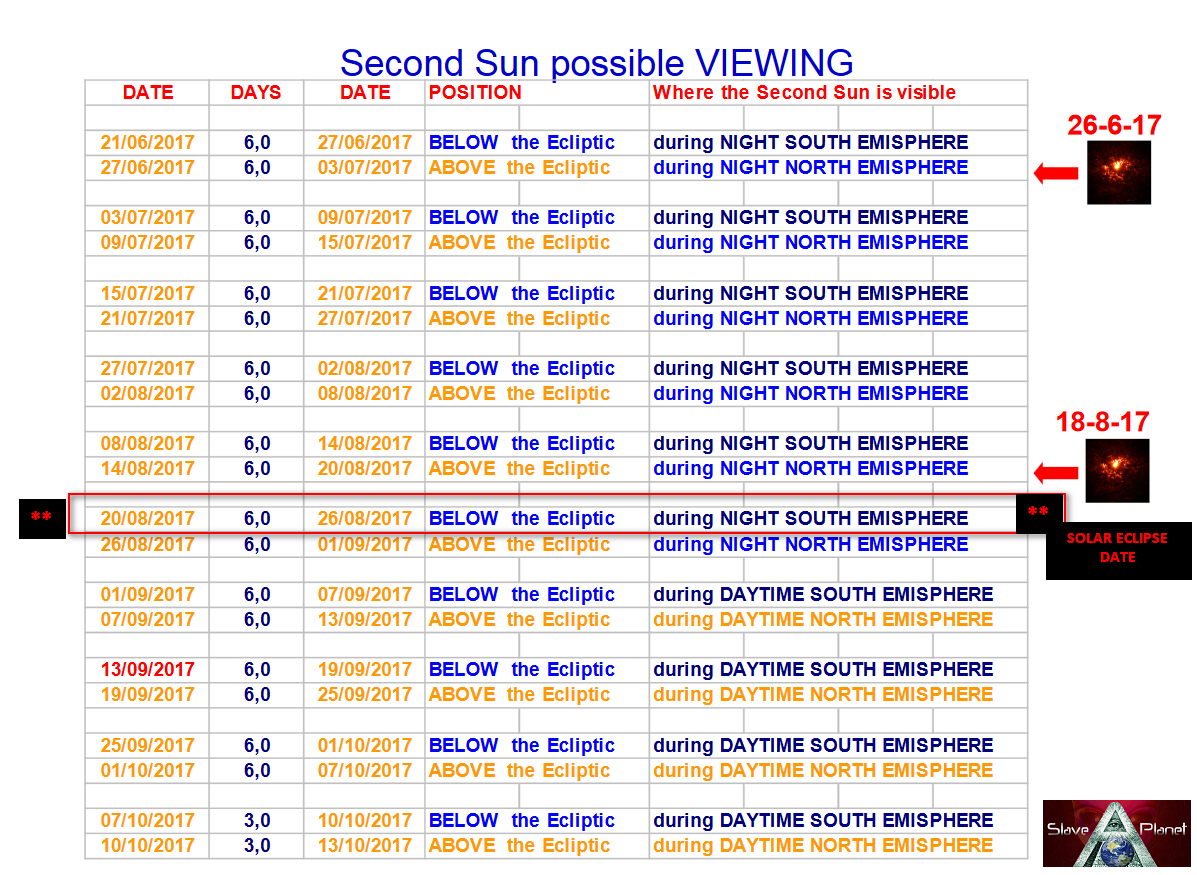 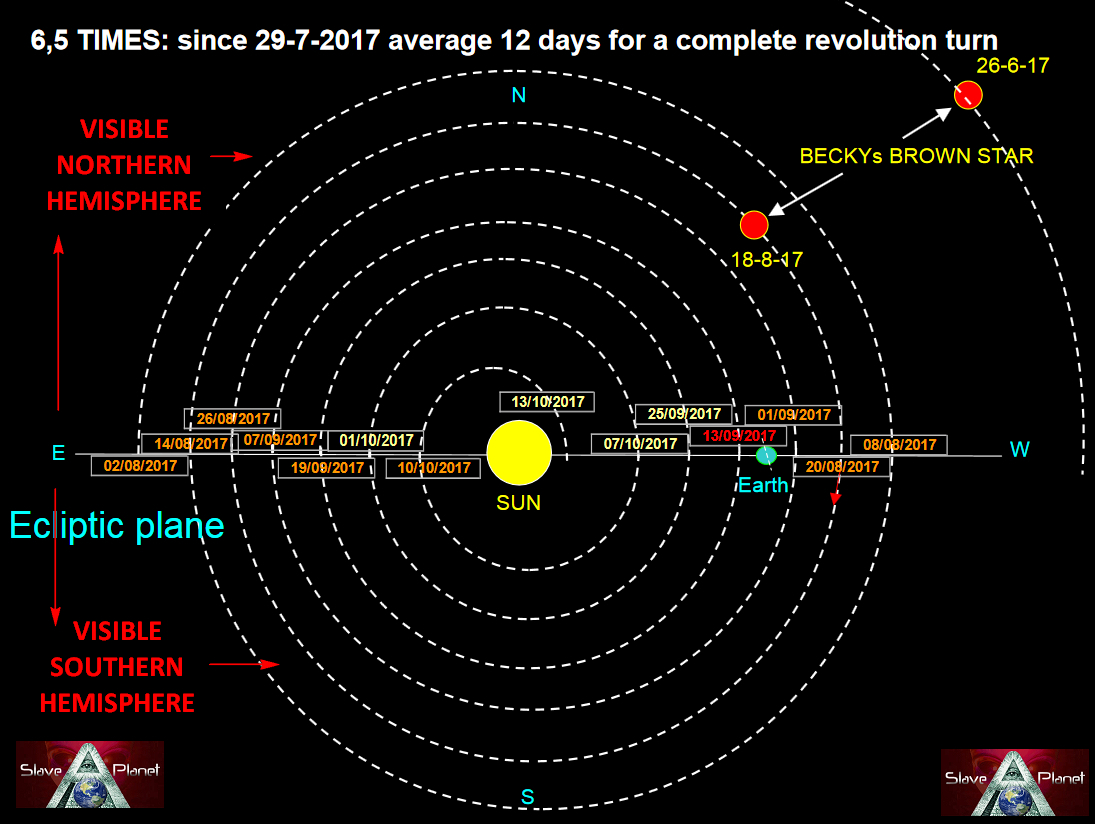 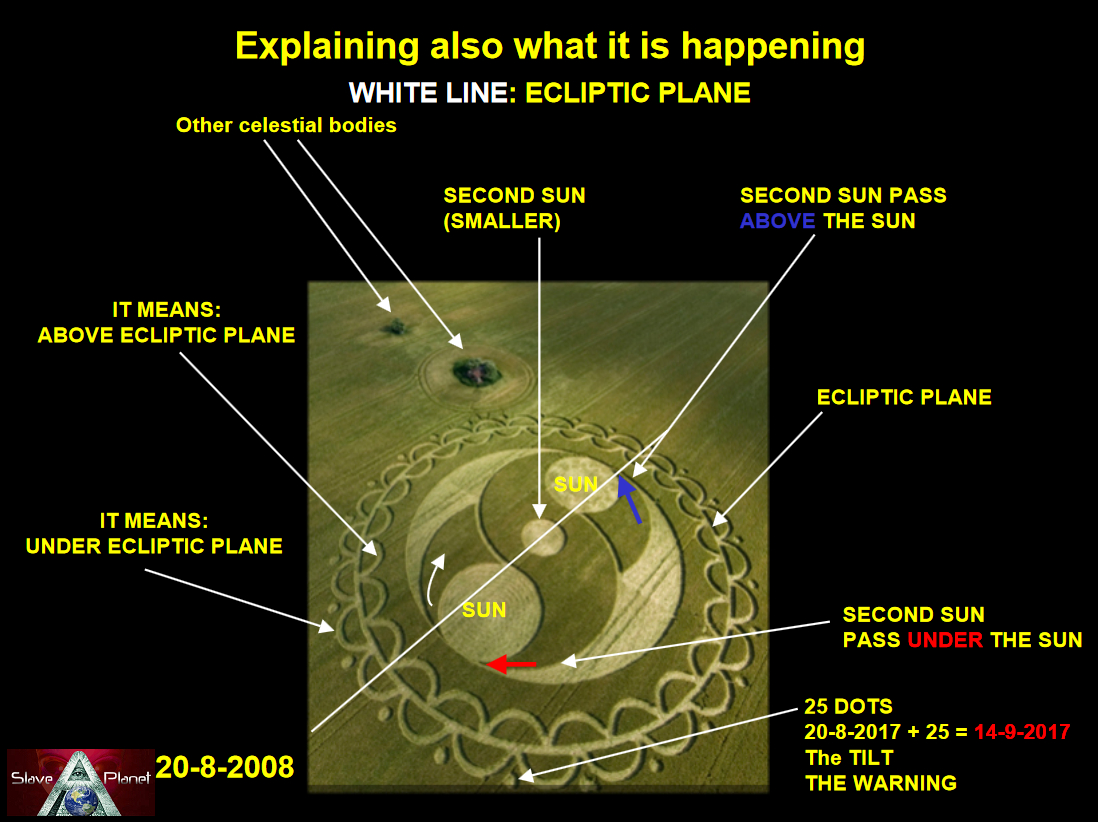 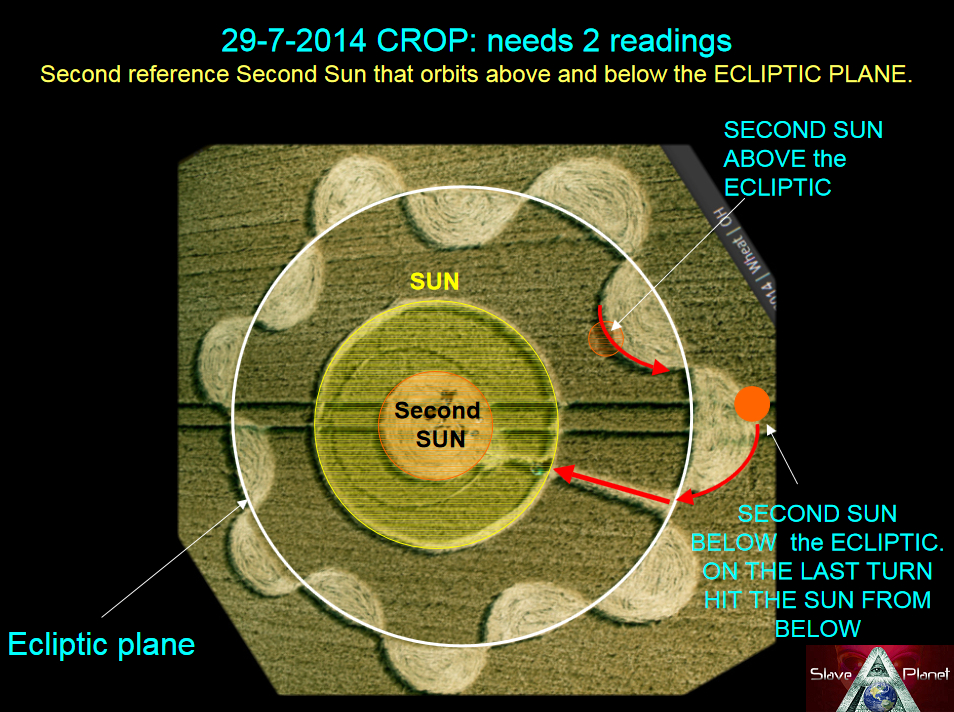 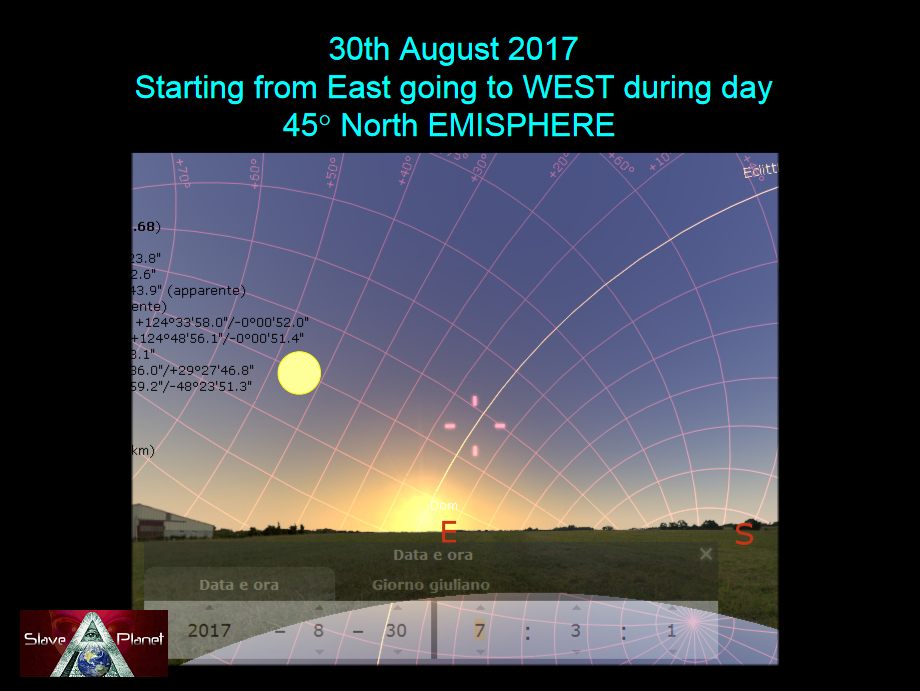 Maybe from these you can get some idea where to try and grab a glimpse of "BECKYS" the Planet X Second Sun.  It May Help who knows but its a clue .

We can only offer from what we can work on and information at hand or known.

BELOW -  USA  Path of Total Eclipse

We have 117 guests and no members online