Further investigations in to the Robbing of Youtubers money by Dance all Day Musicvertriebs GmbH gets even more sicker, and even more seedy the deeper the investigations go, many others have and are being scammed by the deliberate misuse of the Youtube Content id system, in the video below you will see the direct and known abuse of the id system, in order to rob small youtubers individual works money streams. The question anyone should ask is, if they deliberately steal a obvious well known Kevin Macleoud classic like his "Music for Matinees", then what other not so well known tracks have they fed in the system to simply steal and Rob both artists and hard working youtube makers with?  This shady "DANCEallDay Musicvertriebs Gmbh"  Is NOT alone in the scamming on youtube, but THIS Is the most blatant and sickening taking the Pee out of youtube and youtubers EVER Encountered. The video explains exactly how they and others in on the scamming of youtube others works, is produced along with sample of the PROOF of DANCE all Day Musicvertriebs Gmbh Youtube CONTENT id Scamming. From sounds to public speeches all used to steal money and given to youtube for the sole reason of stealing youtubers money. 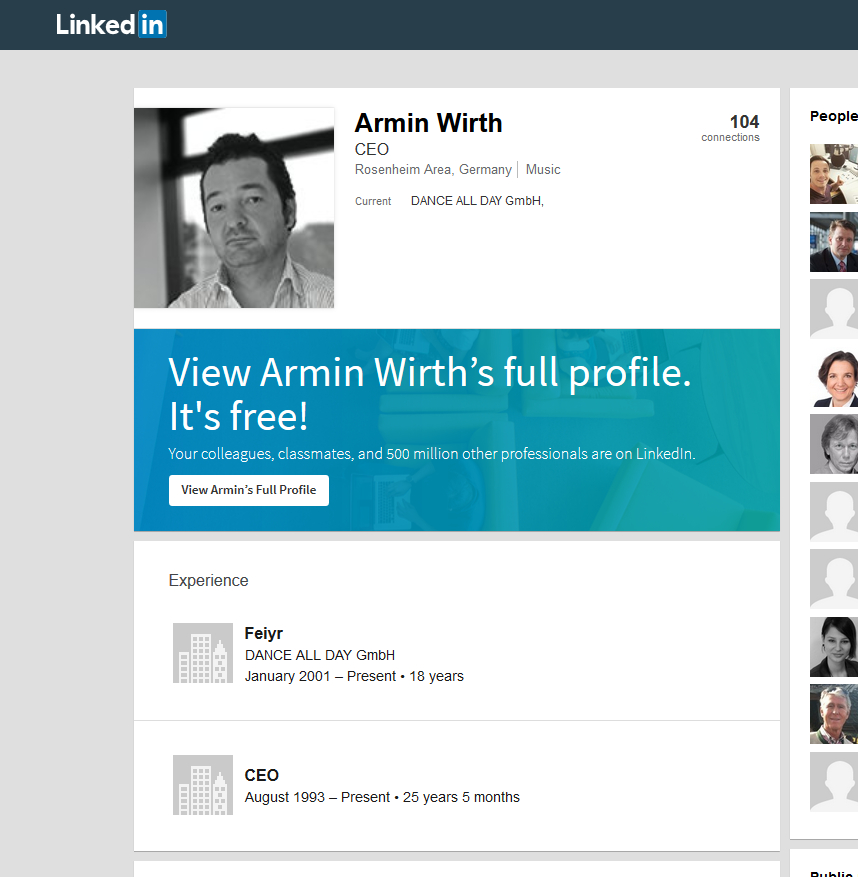 The Interesting thing as you will see is even with contact to DANCEallDay Musicvertriebs GmbH investigation ARMIN WIRTH CEO Feiyr.com, what the reply is, it is always short and asks as to what video is in question.  They know it is the Kevin Macleoud rip off one and so what does this tell us?, Simple if they do NOT know which video was the one, then it tells us they Have SO MANY.  So How many Kevin Macleouds songs which are FREE to youtubers to use, HAVE and are stolen. The FEIYR.com - Dance all day - DANCEallDay Musicvertriebs GmbH investigation ARMIN WIRTH CEO youtube team, must have years and hundreds of false claims they are aware of maybe? Surely if this blatant steal was just the one, it would be a case of knowing about it and saying sorry and sorting it. The FACT is by nature of the response email, they have so many, and much stole revenues to match, after all THEY Clearly and blatantly STOLE as the video "Music for Matinees by Kevin Macleoud" what other similar over years and years have theys stole with the Youtube content id SCAM.

see below this i.A. Maximiliane Obermeyer , Youtube Controller for Dance all day, Feiyr, Musicvertriebs GmbH set up, asks for links to video even after she had already been shown the offending stolen Kevin Macleoud Music for Matinees video, her Organisation has used to ROB and steal ALL Money from the ESi channel video. So ESi must be just one of Many more they have robbed. It certainly appears to be a case of the steal what you can from as many as you can, ONLY when they shout extremely loud will they release the youtube money scam, and ONLY on those who catch them out.

This video they were advised about is Kevin Macleouds work, even the artist knows this. THEY Deliberately must be scamming it and as they ask which one, it clearly tells they have maybe hundreds of steals on this one !! 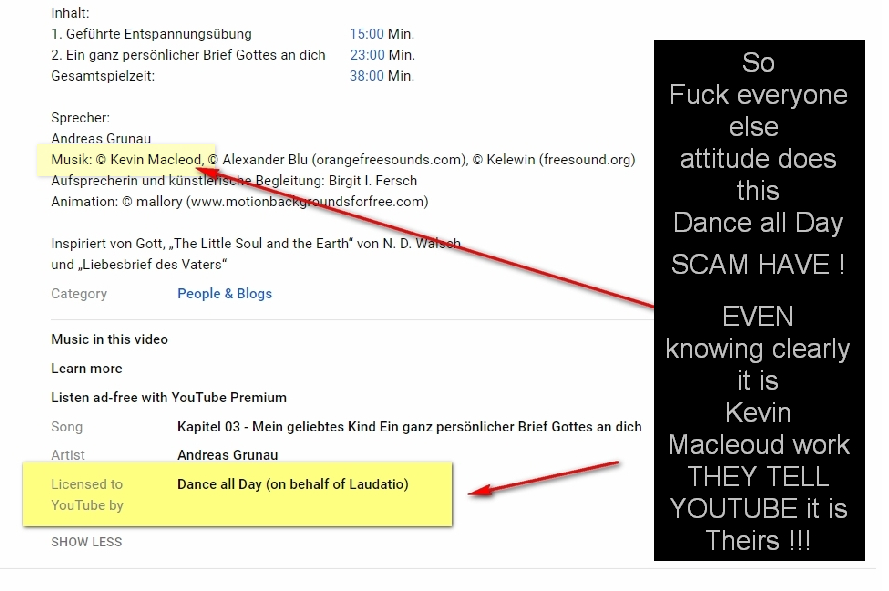 DANCEallDay Musicvertriebs GmbH investigation ARMIN WIRTH the CEO Feiyr.com still have never responded , busy spending the money most likely. Let us be honest, with the ability to steal many videos and all with youtubes blessings, just imagine how much money on thousands of videos is being generated and robbed from small youtube individuals who have no clout or muscle to do or say a word, simply just roll over and let this scamming stealing bunch take whatever they want.  THE Only solution now on youtube is make silent movies, as its screwed for much else , unless you want to feed the scammers.

DANCEallDay Musicvertriebs GmbH investigation ARMIN WIRTH CEO Feiyr.com ARE a disgrace to Youtube and Youtube should act and stop the ongoing robbery of the small youtubers who are trying to earn a little beer money by providing content. Sadly they will not do anything as its all about the money, although in youtubes case at least they are honest about it.

We have 71 guests and no members online